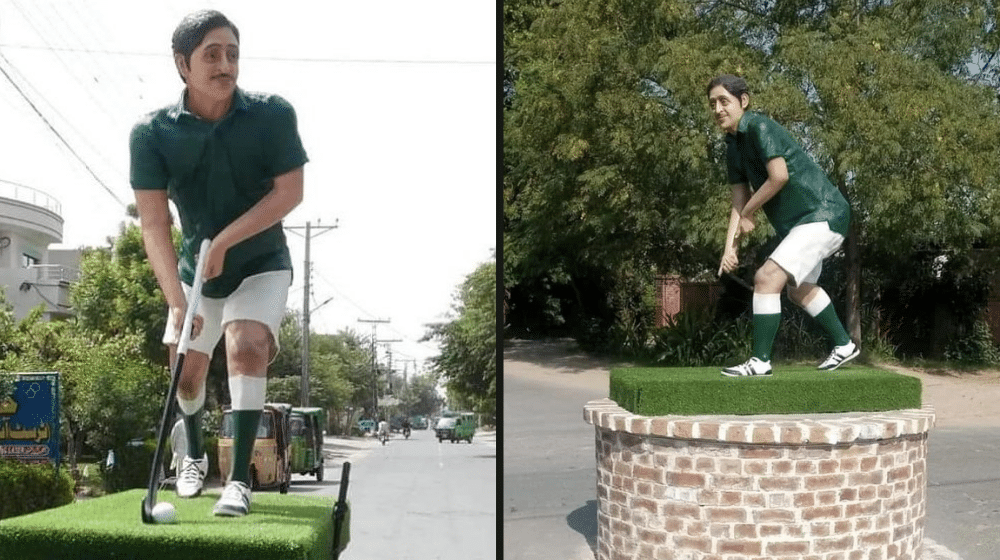 The hockey stick and ball from the statue of hockey legend, Samiullah Khan, just a few weeks after its installation in his hometown, Bahawalpur, have been stolen.

The theft has left the hockey fans perplexed as they took to Twitter to express their disappointment at the incident.

We rarely honour our heroes, but when a statue of the ‘flying horse’ Samiullah was installed at Bahawalpur, someone first stole the ball & then the hockey was taken away. A sad way to treat your heroes. pic.twitter.com/LX0gtVI10v

Statue of national hero Samiullah was placed in Bahawalpur. The ball was stolen a few days ago and now the hockey is also missing! What kind of Nation we are? #Sad pic.twitter.com/hKkCLNT6nI

Both hockey and ball stolen from the statue of legendary hockey player #samiullah.

Such a shame for us as a nation.
This is how we regard our heroes. pic.twitter.com/GTjblkSuma

Samiullah Khan is regarded as one of the greatest left-wingers in the history of the sport. He was nicknamed ‘The Flying Horse’ due to his lightning pace and skills. He played for Pakistan for nine years and has the honor of winning two World Cups for the Green Shirts.

Samiullah’s prolific goal-scoring ability made him one of the most dangerous players in the world. He scored 55 goals for the national team, including 12 goals in 4 World Cups. The Flying Horse retired from international hockey in 1982 after leading the national team to Gold in the Asian Games, his third as a player, by defeating arch-rivals India by 7-1 in the final.