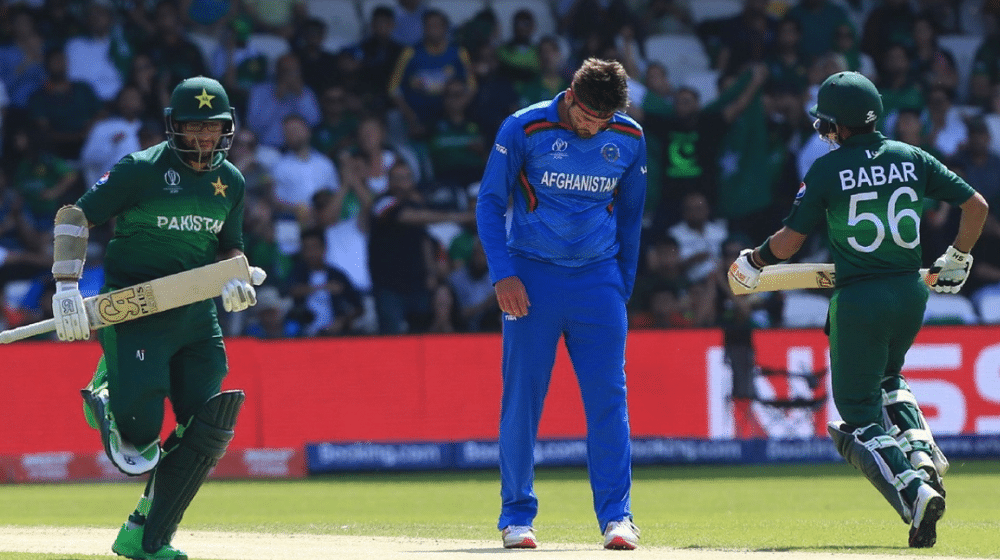 Afghanistan have announced a 17-man squad for the ODI series against Pakistan, scheduled to commence in September. The venue for the three-match ODI series is still not confirmed but according to details, Sri Lanka is the most likely venue for the series.

Shoaib Akhtar Reveals the Only Way to Compare Babar & Kohli

The neighboring countries will face each other for the first time in a bilateral series, having played against each other in ICC tournaments before.

Pakistan and Afghanistan have faced each other four times in ODIs, with Pakistan winning all four matches, including a thrilling 3-wicket victory at Headingley in the ICC 2019 Cricket World Cup.

Afghanistan’s left-handed batsman, Hashmatullah Shahidi has been tasked to lead the side in the historic tour, with all-rounder, Rahmat Shah announced as the vice-captain of the side.

The 17-man squad includes the likes of Rashid Khan, Mohammad Nabi, Mujeeb-ur-Rahman, Noor Ahmad, and Najeebullah Zadran. Surprisingly, veteran middle-order batsman, Ashgar Afghan has been left out of the squad.

Qais Ahmed, Saleem Safi, Sharafuddin Ashraf, and Yousuf Zazai have been included as the reserves for the historic tour.