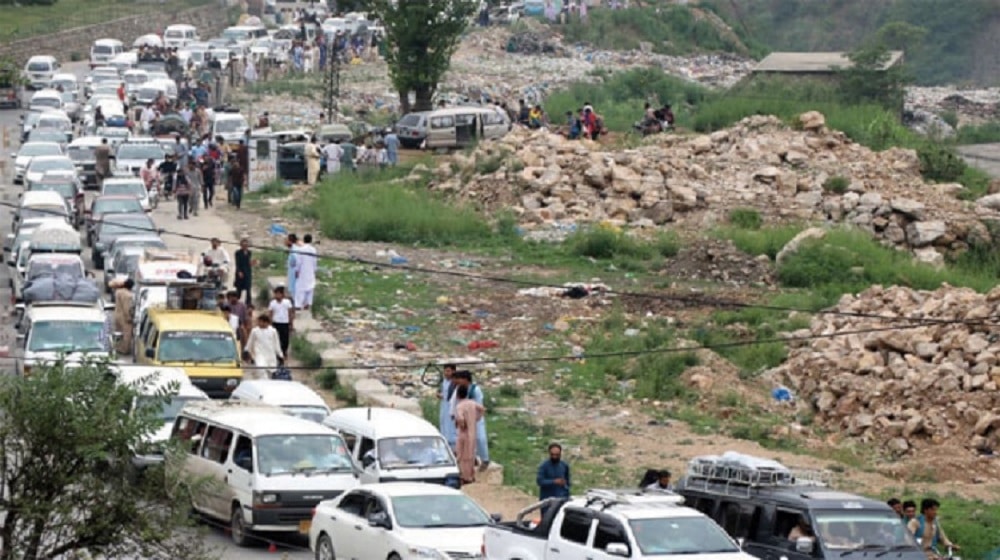 According to the police department figures, the 700,000 vehicles that entered the valley during the Eid holidays have broken the previous record of 500,000 vehicles at the scenic tourist site almost five years ago.

The Mansehra-Naran-Jalkhad road remained choked full during the first four days of the Eid holidays.

District Police Officer Asif Bahadur commented, “We have welcomed tourists in around 0.7 million vehicles to this picturesque valley and the influx of nature lovers is still on its peak even on the fifth day of the holiday”.

The police tried to control the situation with the record-breaking number of tourists arriving in the valley.

A tourist from Karachi said, “There is an unimaginable influx of tourists since Prime Minister Imran Khan recently visited this piece of heaven on earth and termed it more beautiful and scenic than Switzerland”.

She added that many tourists had to spend the nights either in their vehicles or on the roadside.

Some tourists said that the development of the area and widening of its roads are necessary to allow them to manage a large number of visitors.