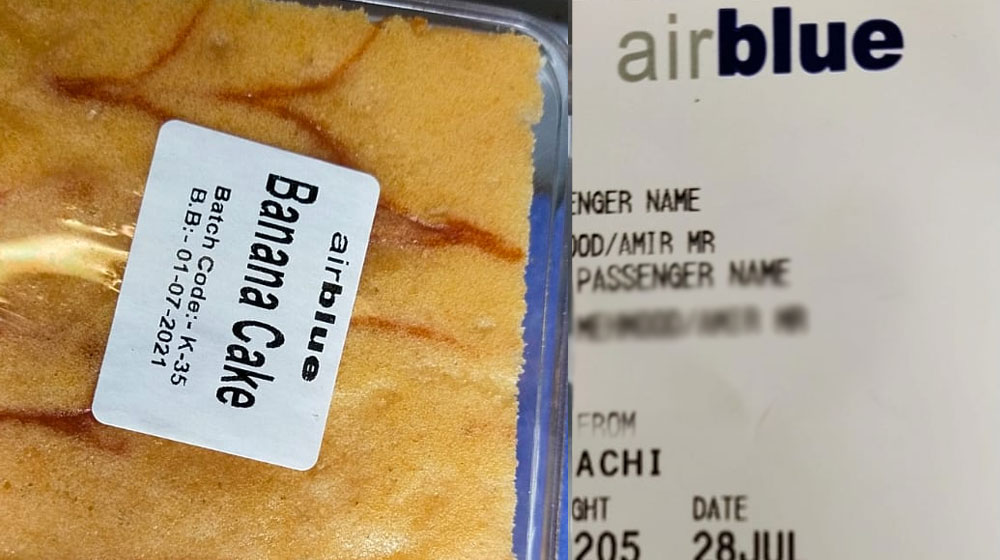 The incident occurred on flight PA205 from Islamabad to Karachi, when a passenger noticed that the banana cake was expired for almost a month.

ProPakistani is in possession of the information and photographic evidence of the food, which shows that it expired on 1 July 2021.

While speaking to ProPakistani, the passenger said, “I was shocked to see the expiry date on the cake. I called the crew [attendant] and informed her about the issue, and she had a similar reaction”.

“Later, she returned with another pack of cake that had the expiry date of 31 July, and argued that my cake wasn’t out of date; it could have been a printing mistake. The date on the back read ’01/07/2021′, that’s one month out of date. The flight staff said that no one else had complained, so I decided to file a complaint at the terminal, and when I landed, I lodged a written complaint at the Civil Aviation Authority (CAA) counter at Karachi airport,” he explained.

The passenger was told that he would receive a phone call from the concerned department soon. However, he had not received the call until the filing of this report.

AirBlue has not responded to a request for comments on the matter and has not addressed publicly.