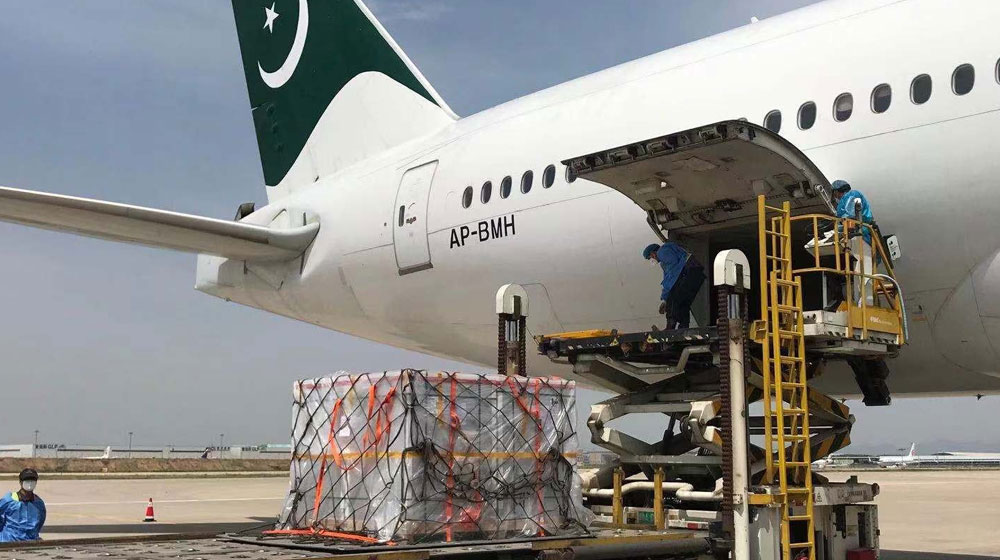 Pakistan brought in another batch of the Sinopharm COVID-19 vaccine doses from China today.

A special PIA aircraft airlifted 1.2 million doses of the vaccine to Pakistan, bringing the total number of vaccine doses Pakistan has transported from China in a single day to 4.2 million.

ARY News reported quoting sources in the Ministry of Health saying that Pakistan has received three million doses of the Sinovac vaccine and 1.2 million doses of Sinopharm purchased from the Chinese companies Sinovac Biotech and Sinopharm Group respectively.

Prior to today’s consignment, a foreign airlines flight carrying a batch of three million doses of the vaccine had landed at Islamabad Airport on Tuesday. These doses had been sent through COVAX, the United Nations vaccine-sharing arrangement.

Despite the efforts for immunization, the pandemic claimed 39 more lives across Pakistan in the last 24 hours, and the current death toll stands at 23,087, with 59,899 actives cases.

According to the latest updates from the National Command and Operation Centre (NCOC), 3,262 new cases were confirmed out of 49,412 samples during the last 24 hours, which has taken the national caseload to 1,011,708. The NCOC said the positive rate of infections has been recorded at 6.6 percent.