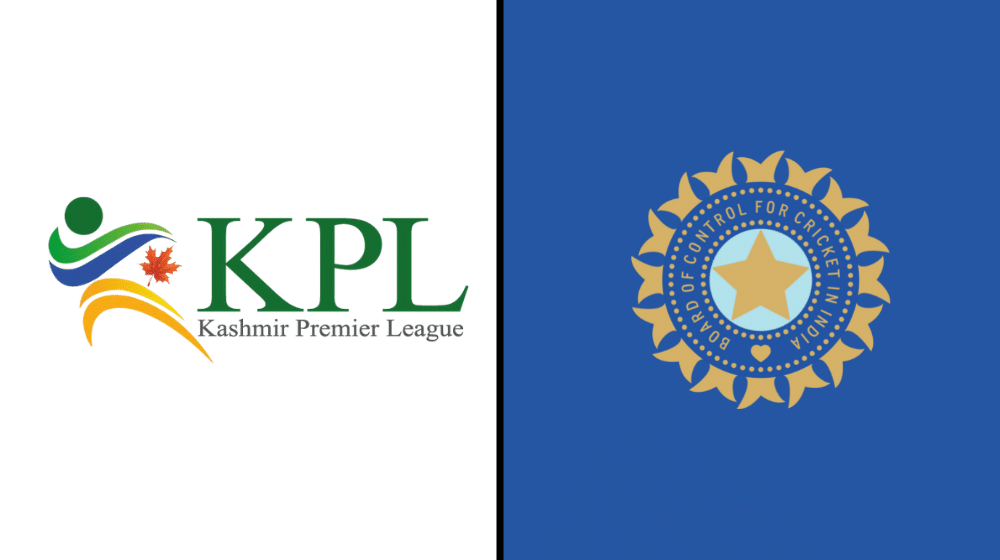 The Board of Control for Cricket in India (BCCI) has approached the International Cricket Council (ICC) and has urged them not to recognize Kashmir Premier League (KPL). The basis of BCCI’s complaint is centred around the disputed territory of Kashmir and whether the matches can take place within the disputed territory.

According to various reports, BCCI has also threatened to not play against Pakistan in the upcoming T20 World Cup if the inaugural edition of KPL is played.

Earlier, BCCI had warned foreign players against taking part in the competition and threatened that they will not be allowed to conduct any cricketing related activities in India if they participated in the tournament.

Former South African opener, Herschelle Gibbs, was one of the foreign stars that had been issued a warning by the BCCI. Gibbs took to Twitter to voice his displeasure on BCCI’s threats and bringing politics into cricket. The Pakistan Cricket Board (PCB) did not take the threats lightly and approached the ICC over BCCI’s interference with PCB’s internal affairs.

Pakistan Has Most Batsmen With Over 1000 T20I Runs

PCB released a statement in regards to the matter, which read:

“The PCB believes the BCCI has once again breached international norms and the spirit of the gentleman’s game by interfering in internal affairs of the ICC Members as the KPL has been approved by the PCB.

“The PCB considers that the BCCI has brought the game into disrepute by issuing warnings to multiple ICC Members to stop their retired cricketers from featuring in the Kashmir Premier League, further threatening they will not be allowed entry into India for cricket-related work.”

The relationship between the two boards has further deteriorated in recent times. The two arch-rivals have not faced each other in a bilateral series in almost nine years, although they have regularly faced off in ICC events during this time.