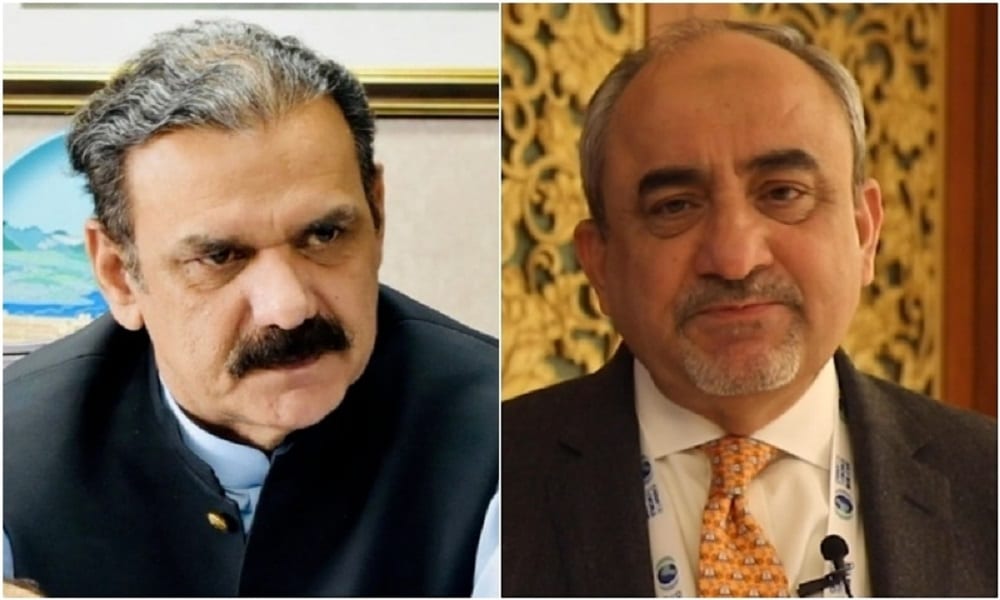 According to a notification issued by the Prime Minister’s Office (PMO), PM Imran Khan has appointed Khalid Mansoor as his Special Assistant on CPEC Affairs in an honorary capacity with immediate effect.

Asim Bajwa took to Twitter yesterday to announce his departure as Chairman CPEC Authority (CPECA), thanking Allah Almighty for giving him an opportunity to raise and steer the important institution of CPECA as one window for all CPEC projects, charting the future direction.

He also thanked PM Imran Khan and his government for showing confidence in him and extending the necessary support to lead the CPECA.

The journey will go on as the course is set for the future progression of CPEC. CPEC is a lifeline for Pakistan as it will transform the country into a progressive and fully developed nation.

He also extended his best wishes to Khalid Mansoor, adding that Khalid is fully equipped to lead the CPEC’s affairs.

I bow my head before Allah Almighty for giving me an opportunity to raise & steer the important institution of CPEC Authority as one window for all CPEC projects, charting the future direction. Wouldn’t have been possible without full confidence& support of the PM & his Govt-1/2

Before his retirement from the Pakistan Army, Bajwa had served as the Commander Southern Command from 2017 to 2019. He also remained Director-General of the Inter-Services Public Relations (ISPR) from 2012 to 2016.

Khalid Mansoor brings with him over four decades of experience working with multiple organizations in the energy, petrochemicals, and fertilizer industries. He is expected to lead the second phase of CPEC which will focus on industrial cooperation.

He has extensive experience working with Chinese companies and has a deep understanding of joint ventures, project development, and execution with Chinese partners.

Khalid Mansoor is a well-known business leader and has served as President of the Overseas Chamber of Commerce of Industry (OICCI). He has also worked closely with international financial institutions, like the World Bank, IFC, MIGA, OPIC, ADB, DEG, OFID as well as Chinese financial institutions such as China Development Bank, China Exim Bank, ICBC, and Sinosure, etc.