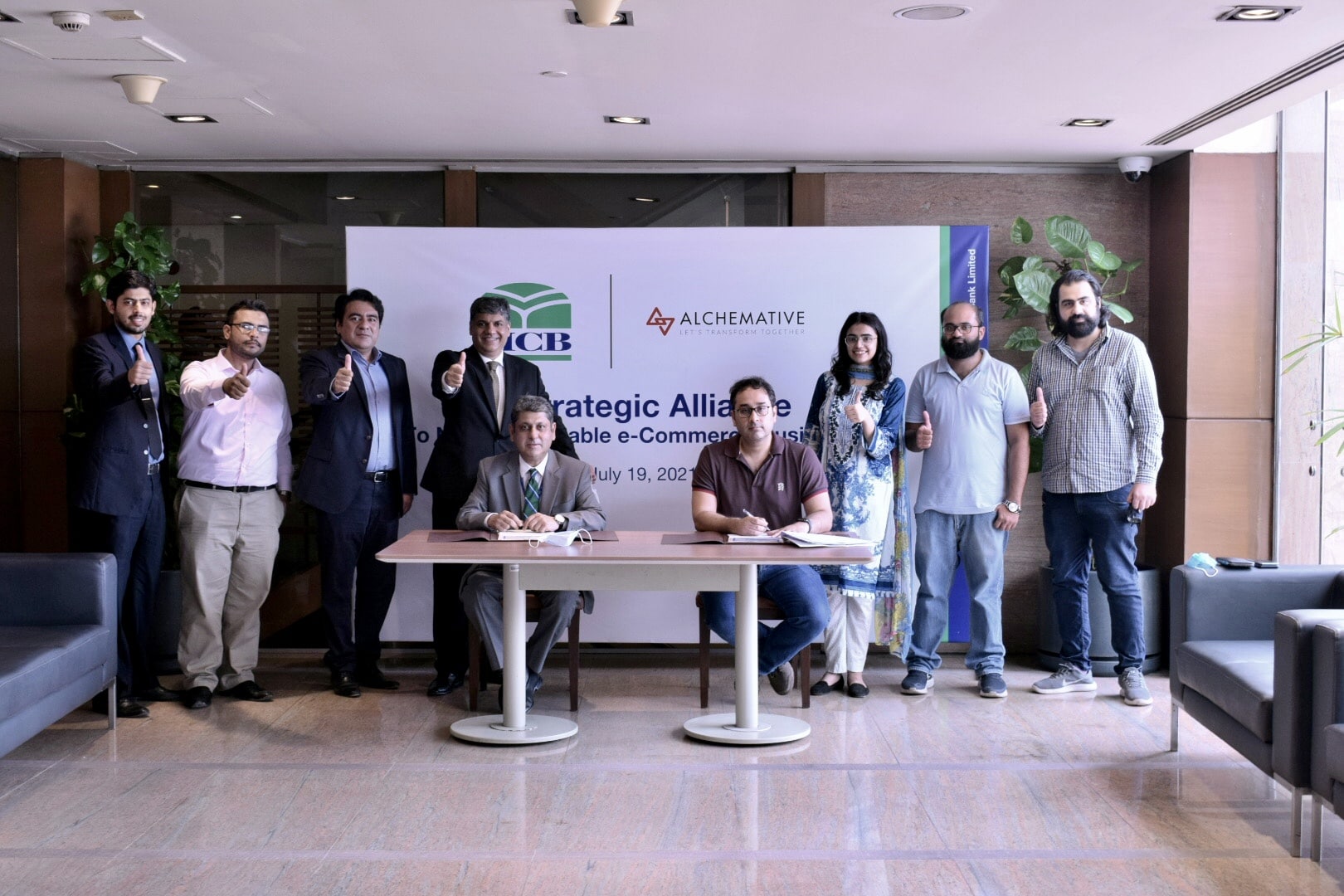 MCB Bank Limited has entered into an alliance with Alchemative, an innovative and customer-centric technology company, to provide progressive financial and digital services to eCommerce companies.

This strategic partnership is aimed at providing a one-stop solution to eCommerce businesses for all their online retail business needs.

Under this agreement, MCB Bank and Alchemative will grant each other Preferred Partner status and will provide a host of financial and digital services to eCommerce merchants, including Internet Payment Gateway services, Tokenization services, Real-Time Fraud Filtering, Application Development, eCommerce website design and development services, website management, and other technical support services all through one unified platform.

Speaking at the occasion, Shahzad Ishaq said, “MCB Bank’s pioneering MCB eGate financial solution is a preferred Internet Payment Gateway of choice for most of the eCommerce merchants nationwide. Through MCB eGate, merchants can accept digital payments online through their websites and mobile apps conveniently and comfortably from wherever they may be. With our partnership with Alchemative, we look forward to providing merchants further value addition through a host of additional services at exclusive discounted rates!”

Omer Farooq added, “The very idea of digitalization and empowerment of society by utilizing technology is at the heart of Alchemative. MCB Bank’s initiative of enabling merchants to set up the financial aspects of their businesses and digital payments with ease is the central idea behind this partnership. Alchemative can support the development of e-store and back-end operations while MCB Bank enabling the merchant to set up banking and payment processes for the business, resulting in the creation of a one-stop solution. With the help of this partnership, we expect a smooth transition to the digitalized world for companies and startups”.