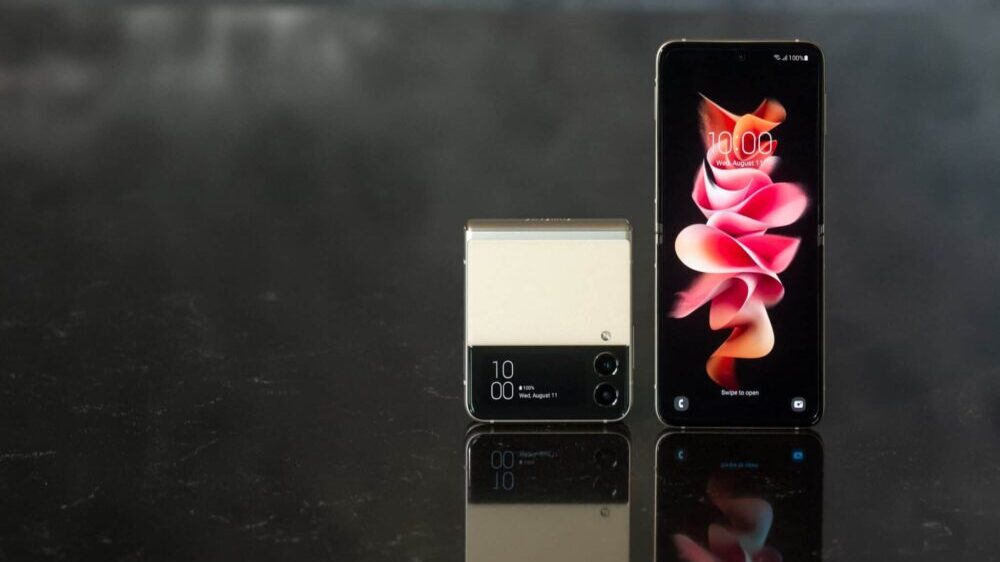 The Galaxy Z Flip 3 is one of the most notable releases from Samsung this year as it expands the company’s lineup of foldables alongside the Z Fold 3. Just like its Z Fold sibling, the Z Flip 3 also packs a number of improvements such as a bigger outer display, a stronger primary display, better hardware, and more.

Samsung Galaxy A12 Launched Again With a Different Chipset

Samsung Galaxy Z Flip 3’s main display is a 6.7-inch AMOLED panel just like last time, but this time you get a smooth 120Hz refresh rate as well. The screen resolution on this panel is 1080 x 2636 pixels with 425 PPI pixel density. The bezels are also smaller than before and the phone has a thinner frame overall. 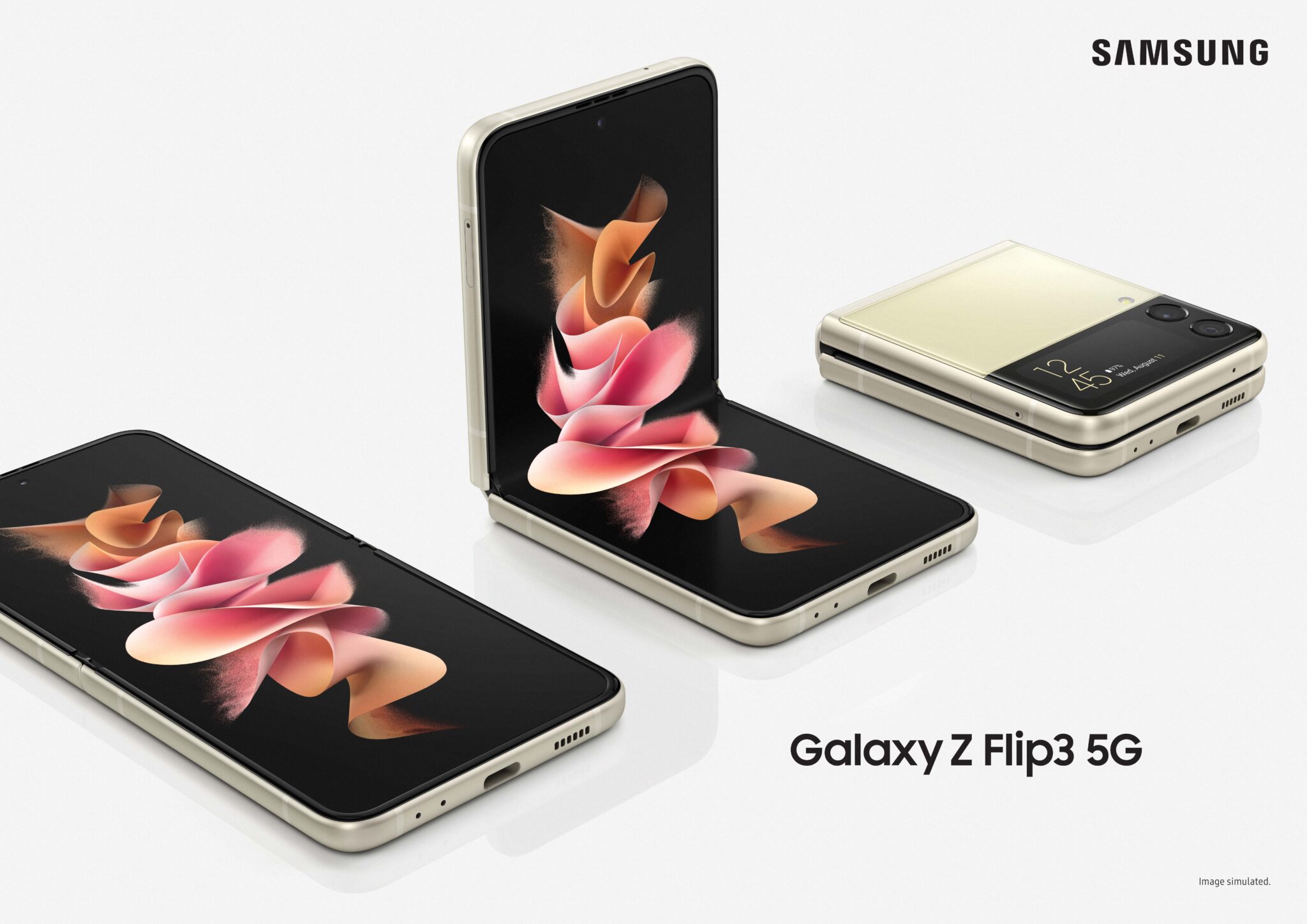 The rear panel now has a two-tone design with a dark finish around the main camera and the secondary display. The secondary display is now a 1.9” Super AMOLED screen, making it much more usable than before. You can use the smaller screen to take a quick glance at notifications, check the time, control music playback, or accept calls.

Both displays will be protected by the Gorilla Glass Victus for more durability.

The hinge has been redesigned to be more durable than before. Thanks to that, the Z Flip can now survive more folds in addition to being IPX8 water-resistant, bringing it on par with other flagship smartphones. However, dust resistance is non-existent as it still tends to get lodged into the hinge.

As for hardware, you get the flagship Snapdragon 888 chip, the same as Samsung Galaxy Z Fold 3 and the S21 series. This will be paired with 8GB RAM and 128GB/256GB storage options. The 128GB trim was missing from last year’s model, meaning that there will be cheaper variants up for grabs. There is no memory card slot for storage expansion.

The phone will boot Android 11 out of the box but will be upgradable to Android 12 later.

The main camera setup consists of two 12MP sensors. The primary camera will be a wide-angle lens with support for OIS and 4K video recording, whereas the secondary camera will be an ultrawide shooter with a 120 degrees FOV. The rear cameras can be used as front cameras when the phone is folded, using the smaller screen as a viewfinder.

The punch-hole front camera is a 10MP shooter which is also capable of 4K video recording at 30 FPS. Overall, the camera setup is quite similar to Z Fold 3.

Unfortunately, the battery capacity is the same as before at 3,300 mAh, but fast charging support has gone up to 25W. Since it is a smaller battery with support for fast charging, it should be able to charge up much faster than bigger batteries.

Samsung is also offering colorful cases for the Z Flip 3: 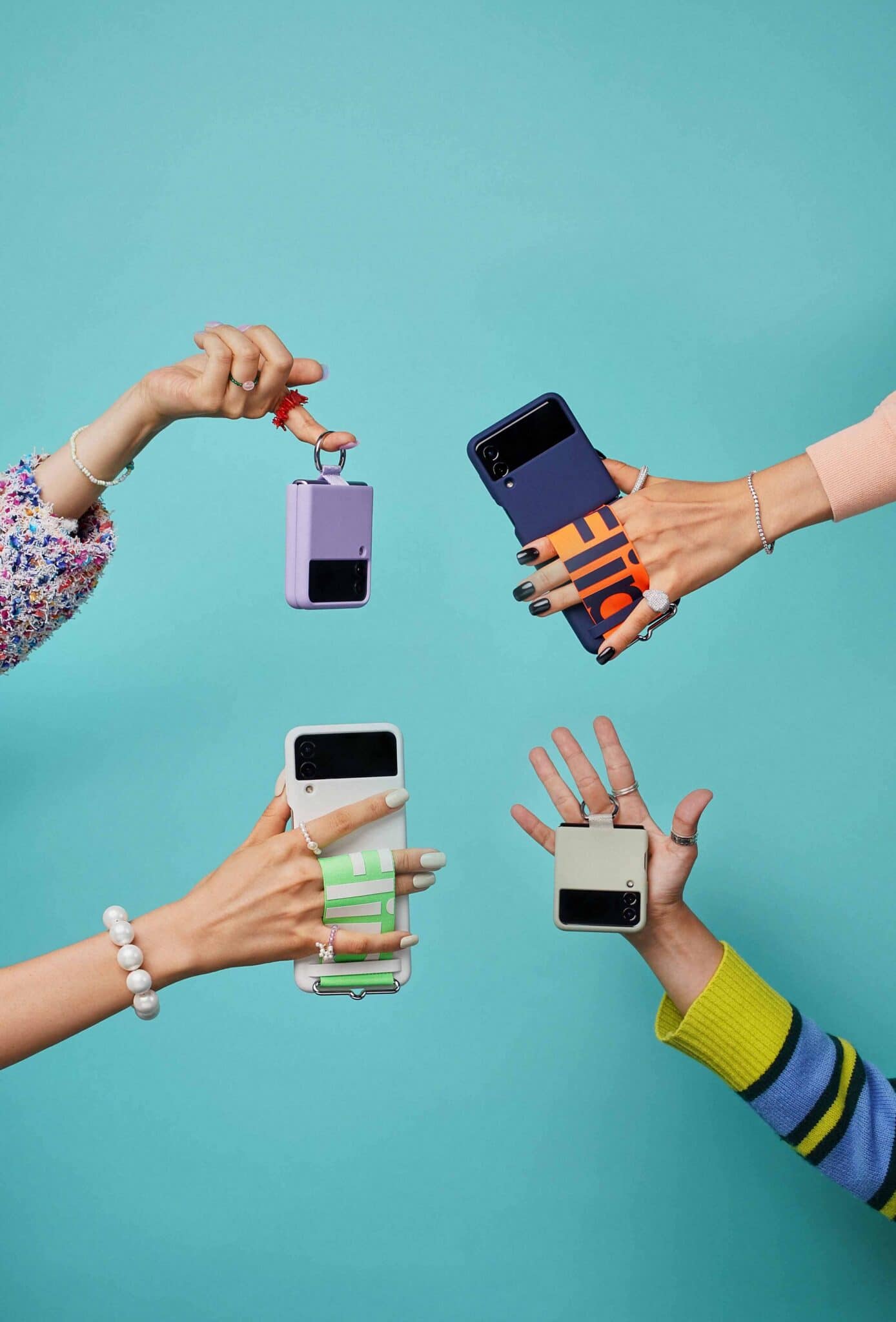 The Galaxy Z Flip 3 has a variety of color options including green, pink, blue, grey, black, and more. It will be available for $1000, making it a viable option for people looking to buy a folding phone without going overboard (Z Fold 3 goes for $1800).