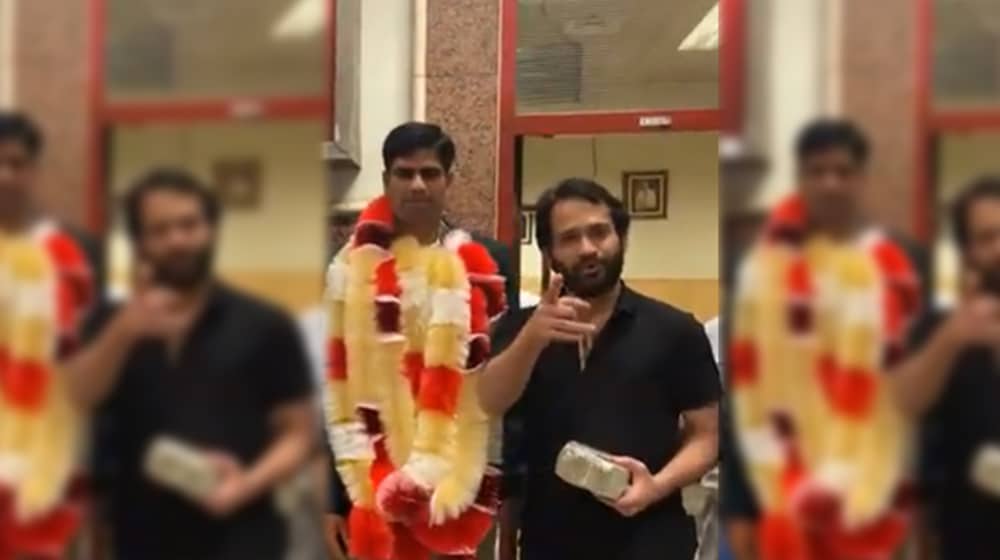 Pakistan’s Olympian Arshad Nadeem has been gifted Rs. 1 million by Wakar Zaka upon his return to Pakistan from Japan.

While he had been unable to win a medal in the Olympic Games Tokyo 2020 Javelin Throw competition, Nadeem’s performance has won Zaka’s appreciation. The TV host-turned-crypto enthusiast had made a promise on Twitter to personally present Nadeem with a cash prize when he arrived home, and kept his word.

After being greeted at the Lahore airport, the athlete traveled to his hometown Mian Channu where locals ushered his car to his home to honor him for representing Pakistan at the world’s oldest and biggest sporting competition.

Punjab’s Minister for Sports, Rai Taimoor Khan Bhatti, had also received Nadeem at the airport and praised his impressive performance.

Arshad Nadeem has returned home now and we need to appreciate all our national heroes. Let’s start a new journey for sports in Pakistan together with the provision of an environment for the players so they could make the country and the nation shine on the world stage.

The government of Punjab has also announced a cash reward worth Rs. 1 million for Nadeem in honor of his performance and for being “the first Pakistani track and field athlete who directly qualified [for Olympics]”.

The provincial Chief Minister, Sardar Usman Buzdar, and Minister Bhatti will also award cash prizes to Nadeem and other athletes for their achievements.