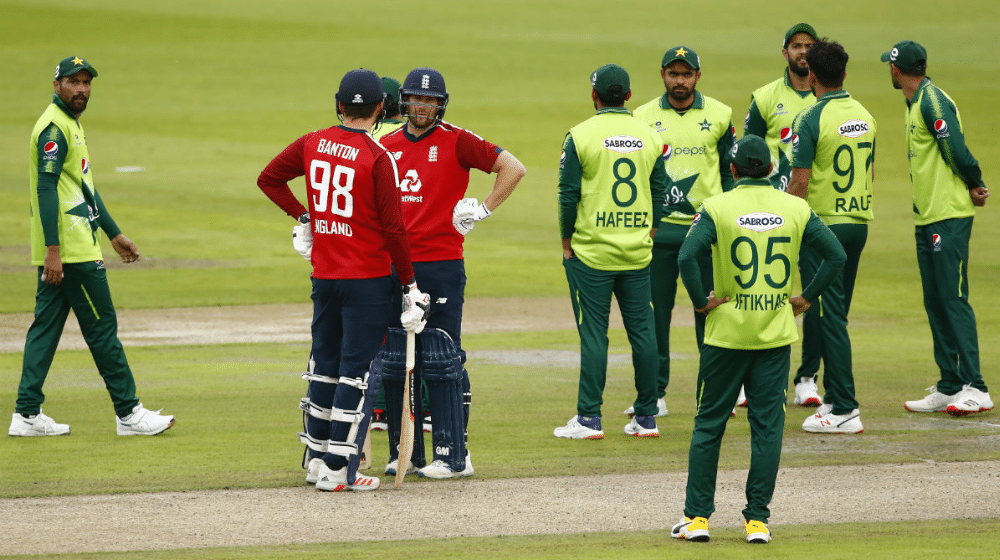 The England and Wales Cricket Board (ECB) is likely to send its special delegation to review the security situation in Pakistan ahead of the England cricket team’s visit in October due to the Taliban takeover in Afghanistan.

The England men’s side is set to tour Pakistan for the first time in 16 years for two T20Is in Rawalpindi on 13 and 14 October, whereas the women’s side will be visiting for two T20Is and three ODIs.

According to Daily Mail, the political developments in Afghanistan have raised concerns about potential security issues in neighboring Pakistan.

Responding to these reports, an ECB spokesperson said that the security assessment ahead of every tour is normal and that they look forward to touring Pakistan in October.

“For any tour, there’s ongoing security procedures and checks. We continue to plan for the men’s and women’s tour of Pakistan this autumn,” the ECB spokesperson told Daily Mail.

Questions were also raised on New Zealand’s tour to Pakistan scheduled for next month. However, the Pakistan Cricket Board (PCB) had previously rejected the notion that the series was in doubt.

PCB’s Director for Media and Communication, Sami Ul Hassan Barni, had told media outlets that New Zealand’s tour to Pakistan is on track, and there is no question raised by New Zealand Cricket (NZC) regarding security.

When asked about the NZC’s longtime independent security consultant Reg Dickason’s upcoming visit to Pakistan, he said the visit is as per the schedule and had been planned long before the political upheaval in Afghanistan.