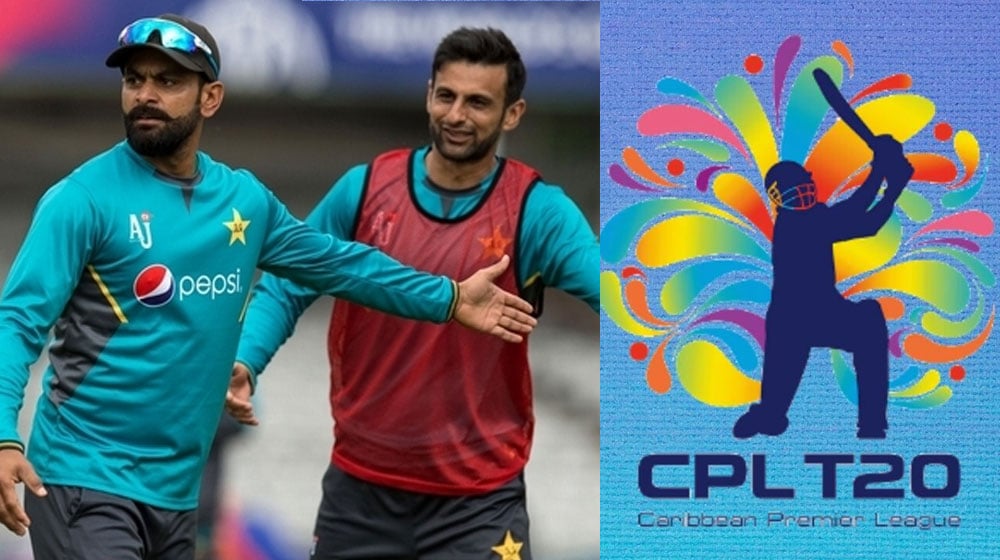 With Caribbean Premier League (CPL) 2021 less than a week away, all six teams of the league have announced updated squads with minor last-minute changes to their combinations.

The ninth edition of the CPL T20 will get underway on 26 August, with reigning champions Trinbago Knight Riders taking on Guyana Amazon Warriors in the inaugural match at Basseterre, the capital city of Saint Kitts and Nevis.

A total of nine Pakistani players have been drafted across six teams, including the likes of Shoaib Malik, Mohammad Amir, and Mohammad Hafeez.

Dynamic wicketkeeper-batsman, Azam Khan, will also make his CPL debut as he has been picked by Barbados Tridents alongside the fast bowler, Mohammad Amir.

The left-arm pacer, Wahab Riaz, and leg-spinner, Usman Qadir, are part of St. Lucia Zouks. While this is Usman Qadir’s first CPL stint, Wahab Riaz has previously represented Barbados Tridents in the tournament.

Talented middle-order batsman, Haider Ali, has also made it to the CPL, his first franchise T20 league after PSL. He will rub shoulder with the likes of Andre Russell, Shakib Al Hasan, and Carlos Brathwaite in the Jamaica Tallawahs squad.

Fawad Chaudhry Responds to Allegations of Forcing Hijab on PTV

Yasir Shah and Asif Ali are the new additions to Trinbago Knight Riders and St Kitts & Nevis Patriots squads respectively. They were not part of the original draft that took place in May and were picked recently as replacements.

Here’s a summary of all Pakistani cricketers who will be playing in this year’s CPL: