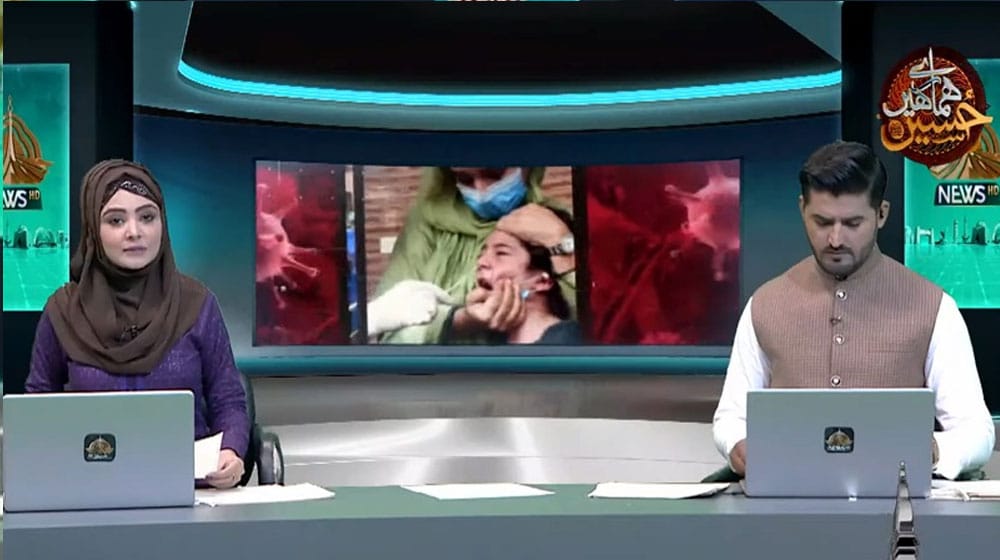 His comment came after pictures of two PTV anchors during transmission in hijab went viral on social media amid speculations that Prime Minister Imran Khan had brought about the change.

“Wearing a hijab or no hijab is a personal choice,” said the minister on Twitter, adding that the government had no moral authority to enforce such dress codes on anchors.

Twitter remained divided on the issue; while some thought it was a welcoming change, others believed that women’s choice of clothing should not be governed by the state.

Here is how people reacted on the subject on Twitter:

Some Pakistan Tehreek-e-Insaf supporters were quick to take credit for the development.

A user criticized those celebrating the ‘imposition of hijab’ arguing that there should be a dress code for male anchors too.

Ppl celebrating Hijab Compulsion on PTV so… I m waiting for kameez Shalwar compulsion of the Guy Anchors As Well.
Lets see….

Former dictator, General Ziaul Haq, enforced the same dress code during his regime about 40 years ago. Since then, hijab has never been a compulsion in Pakistan’s media industry; either on state television or in any private news channel in the recent past.