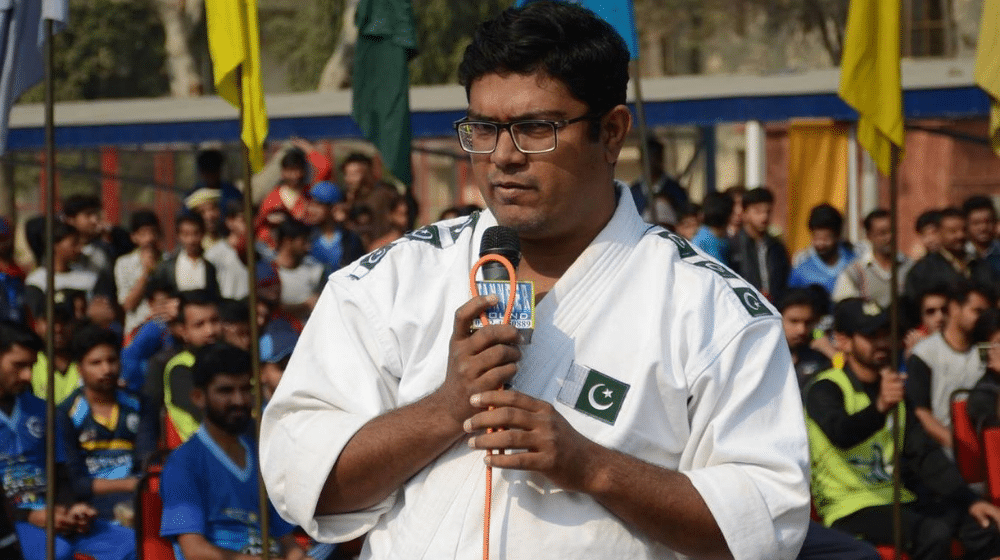 Pakistani martial artist, Rashid Naseem, broke the world record for most walnuts crushed with an elbow in a minute. Rashid crushed 315 walnuts in a minute, breaking the previous world record of 279 held by an Indian.

Previously, Rashid held the world record twice. His first effort of crushing 195 walnuts in a minute was surpassed by the Indian martial artist, Prabhakar Reddy, who crushed 229 walnuts at the time.

Rashid reclaimed the record by crushing 256 walnuts in a minute, but his record was once again broken, this time by Reddy’s student, Sajeet Kumar, who crushed 279 walnuts in the allotted time.

Rashid’s latest effort will now be sent to Guinness World Records, who will review the record before giving their approval.

The 32-year old is the founder and President of the Pakistan Academy of Martial Arts. He has trained over ten students who have gone on to break multiple Guinness world records.

Rashid recently revealed that he aims to break 100 Guinness world records and urged the government to provide their support so he can make the country proud.