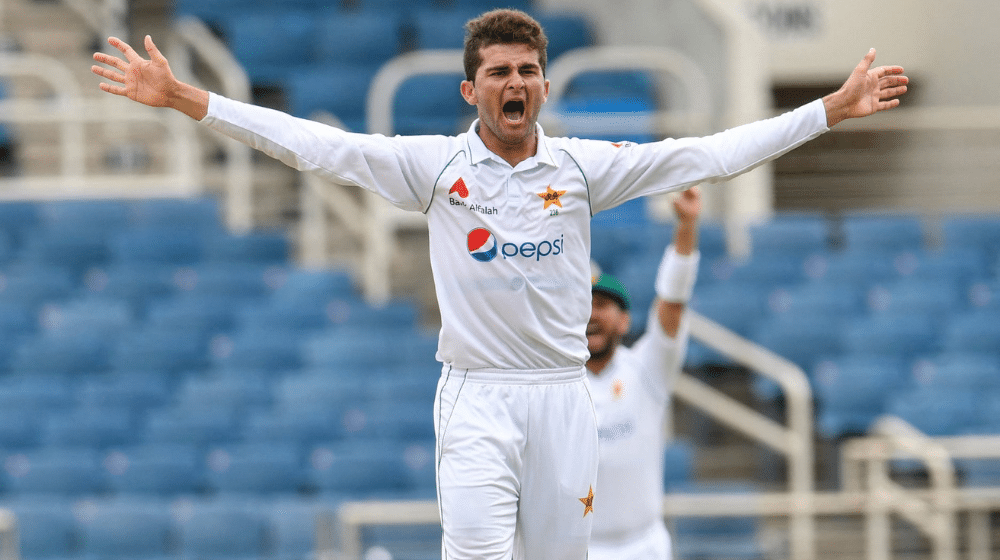 Pakistan’s ace left-arm pacer, Shaheen Afridi, registered his best figures in a Test innings as he picked up 6 wickets for 51 runs in the ongoing second Test match between Pakistan and West Indies. Shaheen’s previous best figures came in Pakistan’s previous Test series against Zimbabwe. He picked up 51/5 in the second Test match, helping Pakistan to a 2-0 series win.

Shaheen dismantled the West Indian batting line-up, dismissing the openers, Kraigg Brathwaite and Kieran Powell, in the late stages of day 3 before coming back the next day and wrapping up the middle and the lower-order as West Indies were bowled out for 150. Pakistan managed to get a huge 152-run lead in the second innings.

The left-arm fast bowler has been in sublime form recently. He has picked up 14 wickets in the three innings on the tour so far, the most for any bowler in the series. He has 19 scalps in the last four innings he has bowled in.

Shaheen has been immaculate in his short Test career so far. His latest five-wicket haul was his third in Test cricket, having previously picked five-wicket hauls against Zimbabwe in Pakistan’s previous series and against Sri Lanka in 2019. He has also picked four wickets in an innings 8 times in 19 Test matches. He has picked up 72 wickets at an average of 26.12 in 19 Test matches.

The 21-year old will be looking to add to his wickets tally as Pakistan looks to bowl out West Indies on the last day of the second Test match. West Indies will resume play on day 5 at 49/1. They require 280 more runs to whitewash the away side, while Pakistan needs nine wickets to level the series 1-1.