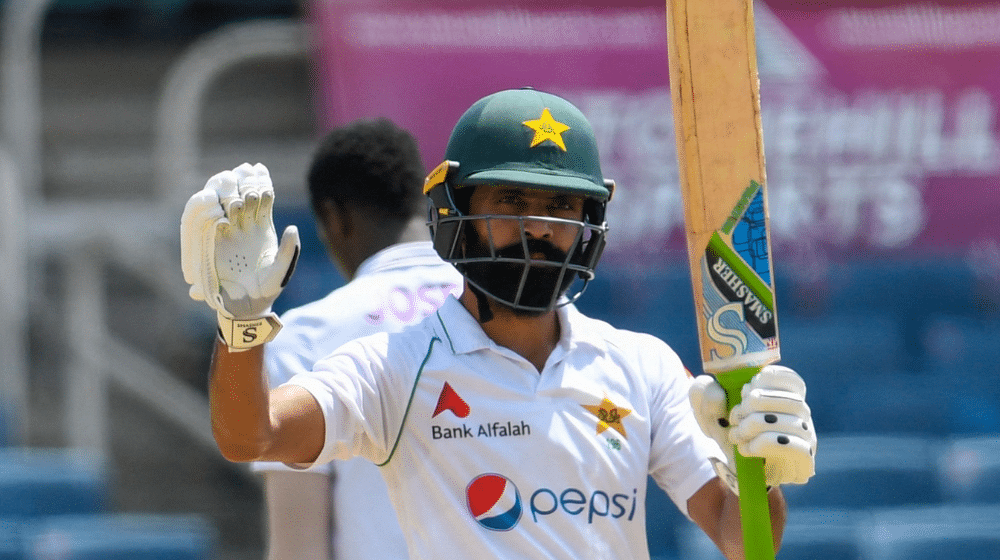 Pakistan’s middle-order batsman, Fawad Alam, has joined an elite list of players as he became only the sixth Pakistani batsman in history to score a Test century at Sabina Park in Kingston, Jamaica. Fawad joins the former greats, Imtiaz Ahmed, Wazir Mohammad, Asif Iqbal, Younis Khan, and Inzamam-ul-Haq, in the list of players to score a century at the venue.

Former wicket-keeper, Imtiaz Ahmed, was the first Pakistani batsman to score a century at Sabina Park. He scored 122 runs in the 3rd Test match against West Indies in 1958. Despite Imtiaz’s best efforts, Pakistan lost the match by an innings and 174 runs. Wazir Mohammad scored 106 in the second innings of the same Test match.

Pakistan’s highest Test run-scorer, Younis Khan, and legendary middle-order batsman, Inzamam-ul-Haq, also scored a century at the ground in the same match. Khan scored 106 in the first innings, while Inzamam scored 117 in the second innings as Pakistan won the 2nd Test in 2005 by 136 runs.

Fawad Alam became the latest Pakistani batsman to achieve the feat as he scored an unbeaten 124 in the first innings of the ongoing 2nd Test match between the two countries. This was Fawad’s fifth Test century in just 22 innings, becoming the quickest Asian batsman to reach the landmark of five Test centuries.

Fawad’s gritty knock helped Pakistan recover from a precarious position as they posted 302/9 in the first innings before the declaration in hopes of getting a result. Pakistani bowlers dismantled the West Indian top-order during the last session of 3rd day’s play, restricting them to 39/3 at the end of the day. Pakistan is trailing the two-match series 1-0 after losing the first Test match by 1 wicket.