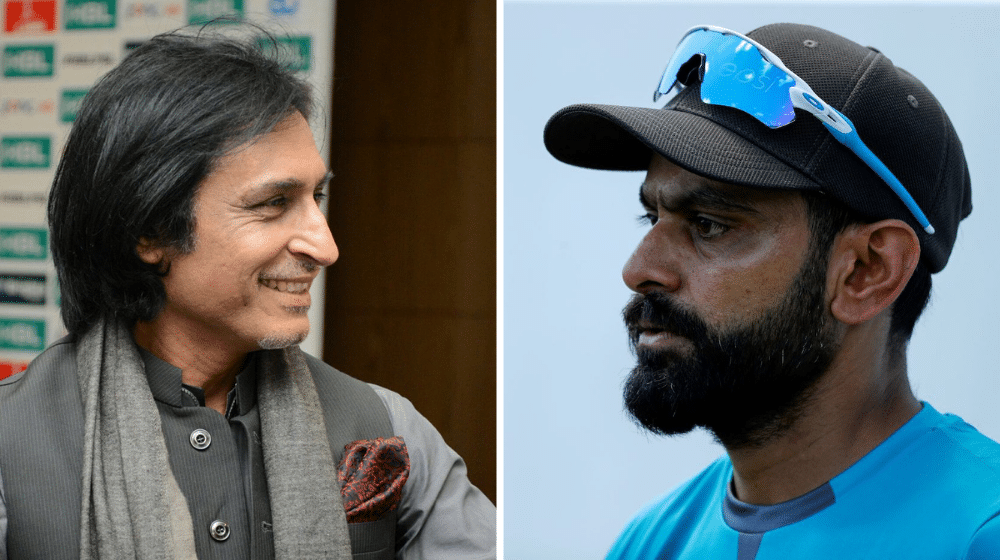 Pakistan’s former opener, Ramiz Raja is the leading candidate for the new Pakistan Cricket Board (PCB) chairman as Ehsan Mani’s three-year tenure comes to an end on 18 September. Both Mani and Ramiz met with PCB’s patron-in-chief, Prime Minister Imran Khan, separately on Monday to discuss the future of Pakistan cricket.

According to sources, Ramiz will likely be announced as the PCB chairman once Mani’s contract with the PCB ends. The reports of the development excited the Pakistan cricket fans as they hoped that the change will bring bode well for the future of the sport in the country.

Earlier, Hafeez had a public altercation with Ramiz as the former opener commented that Hafeez should retire from international cricket. The statement was not taken well by Hafeez as he replied that his 12-year old son has better game awareness and cricketing sense than Ramiz Raja. Hafeez added that Ramiz makes such comments to spice up his YouTube channel.

The Netizens took the opportunity to troll Hafeez and his future with the Pakistan cricket team.

Here are some of the best memes: