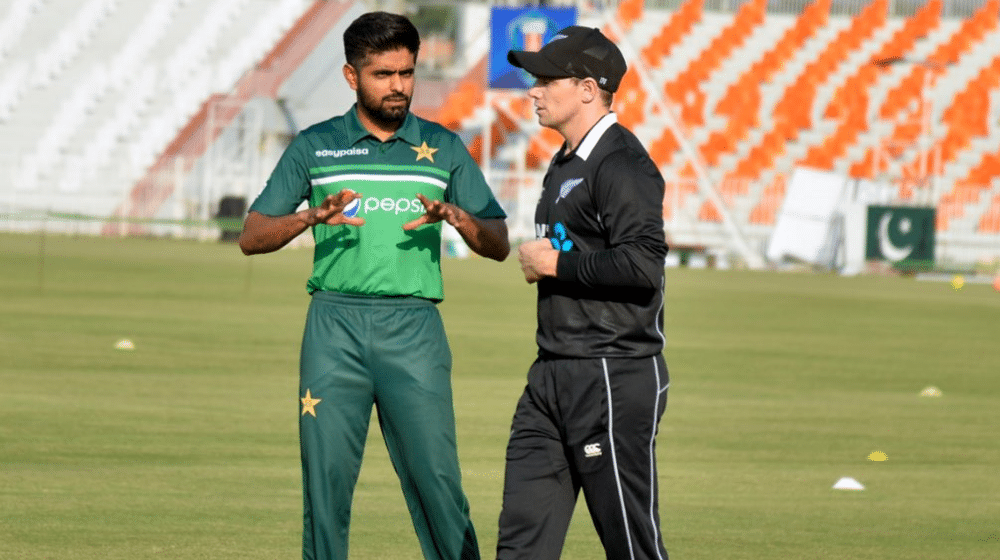 According to reports, New Zealand Cricket (NZC) decided to call off their tour of Pakistan after receiving security threats which were issued by British Intelligence. The security threats surfaced just 20 minutes prior to the toss of the first ODI.

Earlier it was reported that the first ODI was delayed due to a COVID-19 outbreak within the New Zealand camp but those rumors were squashed by the Pakistan Cricket Board (PCB) as they revealed that New Zealand have decided to call off the tour due to security concerns.

According to the statement released by PCB, there were foolproof security arrangements made by Pakistan’s intelligence and law enforcement agencies for the touring party and they had assured the New Zealand cricketing authorities that there were no threats.

To accommodate the New Zealand Cricket team and to assure them of the tight security arrangements, Pakistan’s Prime Minister, Imran Khan spoke personally to the Prime Minister of New Zealand, Jacinda Ardern. He stated that Pakistan has one of the best intelligence systems in the world and there have been no reports of any kind of security threat to the visiting team.

Despite the reassurances, NZC decided that it is in the best interest of their players to cancel the tour and make arrangements to fly them back home.

The question arises that whether the security threats were legitimate or whether it was a plot to embarrass Pakistan and make sure that cricket does not return to the country.

According to reports in Pakistan media, intelligence agencies have confirmed that the security threat was a hoax and the Kiwis had been provided top-notch security, so there was absolutely no reason for the series to be called off.

Interestingly, just under a month ago, an article was published on Sunday Guardian Live which described in detail that New Zealand’s tour of Pakistan will be faced with security concerns. The news outlet is based out of New Delhi, India, and the article titled ‘New Zealand cricket team may face terror attack in Pakistan’ is authored by Abhinandan Mishra.

Despite the details mentioned in the article, the New Zealand cricket team and security consultants were satisfied with the security arrangements and decided to send their cricket team to Pakistan.

Pakistani fans are also blaming India and its dirty politics as the reason behind the move.

This has been done on purpose, claims one official of Pakistan’s Intelligence Agency. #PAKvNZ

No Security Concerns Until Today

New Zealand landed in Islamabad on 11 September and had undergone several training sessions at the Rawalpindi Cricket Stadium. Their interim coach, Glenn Pocknall, had also stated that the security arrangements are top-notch and the players feel comfortable in the country.

With just 20 minutes remaining in the toss for the first ODI, New Zealand cricket decided to abandon their tour due to security threats, a move that has left the Pakistani fans fuming and heartbroken.

The move has raised plenty of eyebrows all across the globe and the unfortunate timing of the decision has the fans in anguish. The fans are even saying that it was a planned move, however, there has been no substantial evidence. Some fans are calling out New Zealand Cricket for their poor decision, reminding them of the time the Pakistan cricket team visited their shores despite the Christchurch massacre in 2019. Pakistan toured the country despite numerous killings, while New Zealand have decided not to play in Pakistan without there being any unfortunate incident.

The impact of New Zealand’s sudden decision could be catastrophic for Pakistan cricket and having already suffered heavily for the past decade, Pakistan cricket could go back to square one.