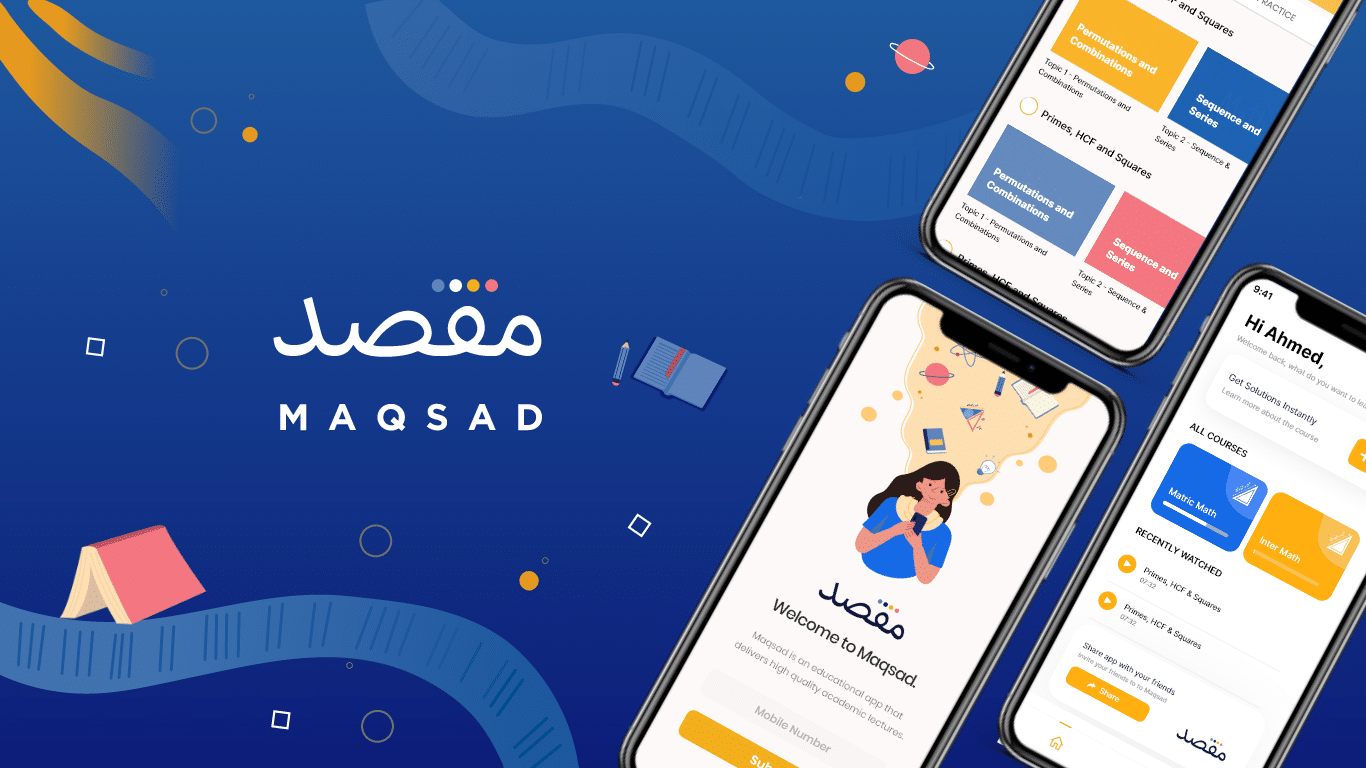 An online education startup called Maqsad has won $2.1 million in pre-seed funding, which it plans to use to develop and enrich the content on its platform.

The round was led by Indus Valley Capital and was completed within three weeks via virtual meetings. Alter Global, Fatima Gobi Ventures, and a number of angel investors from Pakistan, the Middle East, and Europe also attended them.

“We are building a mobile-first platform, given that 95 percent of broadband users in Pakistan are via mobile,” said Aziz.

Maqsad aims to target students gaining K-12 education in Pakistan, which will include Grades 11 and 12 level Math, and will expand into other subjects, including Science, Technology, Engineering, and Mathematics in the next couple of years.

The founders plan to use their pre-seed funding to hire animators and academics, build a production studio, and invest in Research & Development and technological advancements.

The word ‘maqsad’ translates to ‘purpose’ in English. Aziz said that he and Ahmed believe that everyone has a purpose.

“Maqsad’s mission is to enable Pakistani students to realize this purpose; whether you are a student from an urban center, such as Lahore, or from a remote village in Sindh: Maqsad believes in equal opportunity for all,” he emphasized.