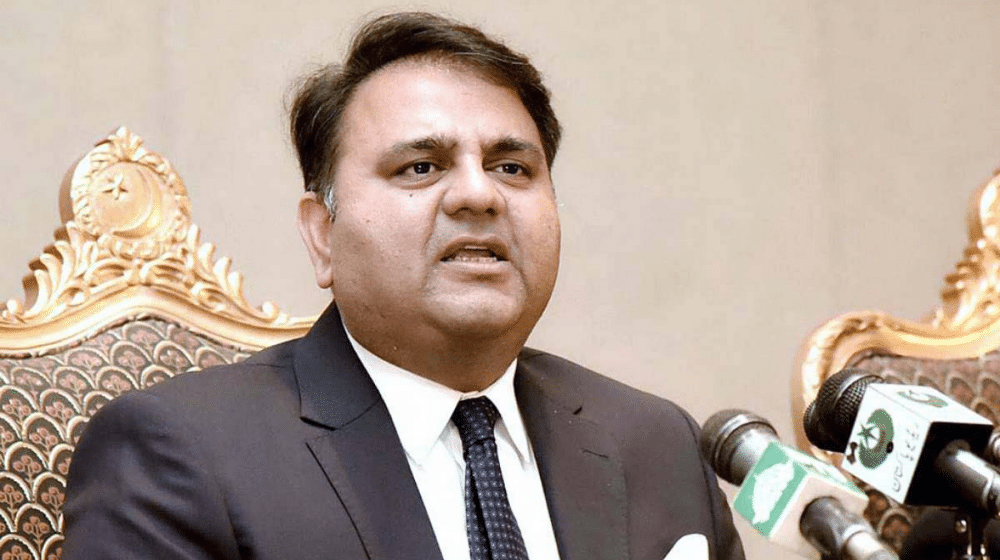 He showed that the threat was sent from an associated device in India using a Virtual Private Network (VPN) which showed the IP address located in Singapore. He revealed that the device used to send the threatening email had 13 other email addresses associated with it which all included Indian names.

The email ID linked with the threatening email used the name ‘Hamza Afridi’ which was purposefully used to malign Pakistan. He said that the whole saga hints at the involvement of Indian agencies. He further stated that the mobile device ‘RMX 1971 (Realme)’ was launched in India in August 2019 and the mobile sim ‘Reliance Jio’ was registered with the mobile in 2019. 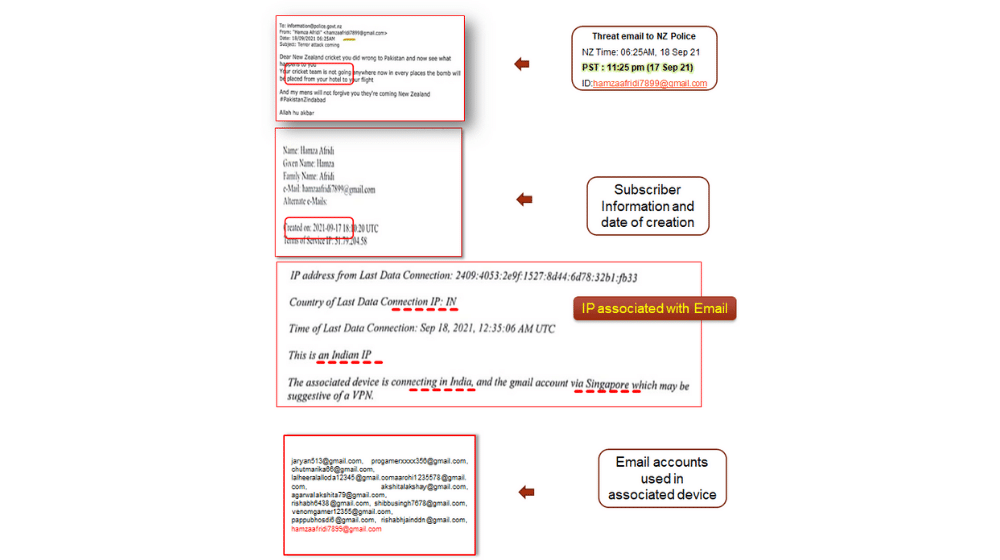 Fawad further revealed that multiple threats were made prior to New Zealand traveling to the country which did not lead to the cancelation of the tour. He said that New Zealand cricketer, Martin Guptill’s wife had also received a threat but the threat was labeled as a hoax, he said, adding that Pakistani authorities have contacted Interpol to further assist on the matter.

The federal minister said that a fake Facebook post was circulated on 19 August from a fabricated account made in the name of ‘Ehsanullah Ehsan’ which threatened to attack the New Zealand cricket team if they toured Pakistan. He stated that all the threats were deemed not credible and New Zealand continued with the tour of the country. 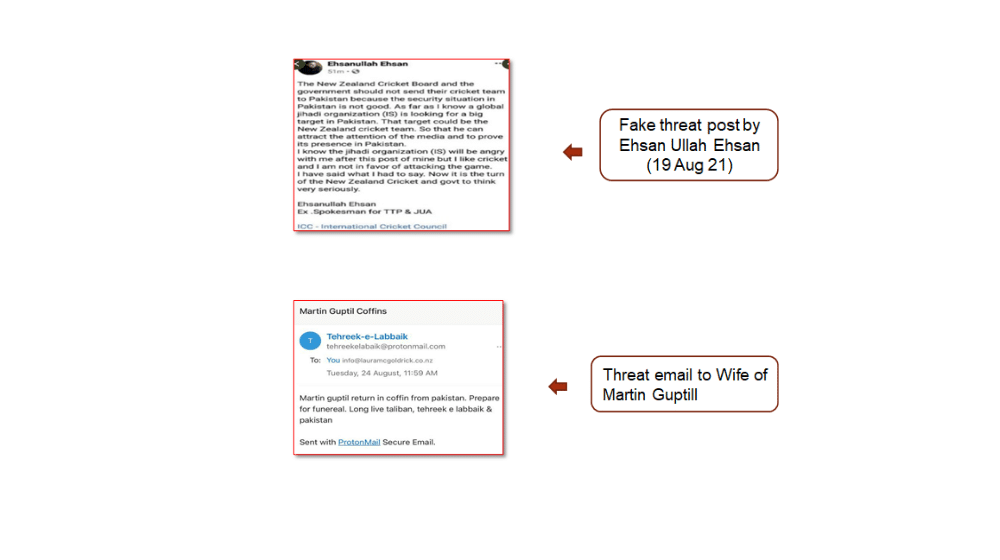