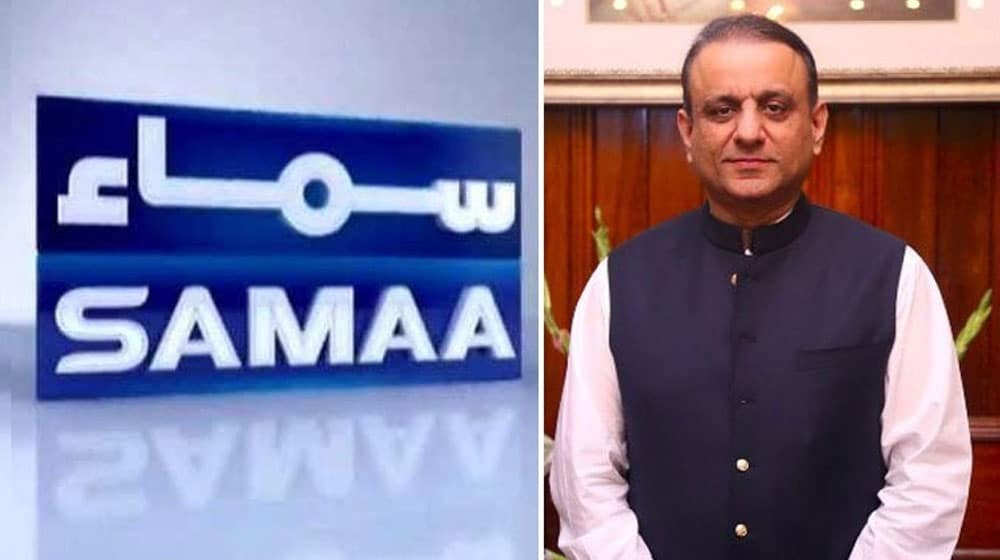 The Pakistan Electronic Media Regulatory Authority (PEMRA) has allowed the change of management and transfer of shares of three private channels, including Samaa TV, to Punjab minister Aleem Khan’s company.

A PEMRA press release on Wednesday said that some important decisions were taken in the 165th meeting presided over by its chairman, Mohammad Saleem Baig.

The meeting unanimously approved the application of Messrs Jaag Broadcasting Systems Limited, which runs Samaa TV, for change of management and transfer of its shares, the handout said.

Though the PEMRA presser had no mention of it, BBC Urdu reported that the shares have been transferred to Park View Limited, a real estate company owned by the Pakistan Tehreek-e-Insaf (PTI) leader, Aleem Khan, and his daughter.

The website also claimed that the decision was not ‘unanimous’ as PEMRA member from Balochistan, Farah Azeem Shah, had opposed the idea of shifting the shares without clearance of outstanding dues worth millions of rupees.

Farah Azeem, while speaking to BBC Urdu, said that the regulatory body deviated from its policy in approving the transfer.

“Under the Pemra laws, the shares and ownership of any channel cannot be transferred without clearing the outstanding dues,” she told BBC.

She said she had not only opposed the decision but also explained her reasons in a dissenting note.

“I suggested the meeting to at least seek bank guarantees that the outstanding dues would be cleared,” Farah said, adding that the Punjab cabinet minister’s company is already under controversy by an Islamabad High Court’s decision against it. Therefore, the authority should seek the law ministry’s input in the case before allowing the move.

Nonetheless, the transfer of shares was approved by the PEMRA board.

Other decisions taken during the meeting include the approval for transfer of shares, the addition of new directors and shareholders of Messrs Al Kamal Media (Pvt), and the change in the management of Messrs Lucky Broadcasting Pvt Ltd.

The meeting endorsed the issuance of cable licenses from July 1, 2019, to Feb 17, 2021, and turned an application of Messrs Airwaves Media (Pvt) Ltd for the FM radio license for Thatta on account of incomplete documentation.