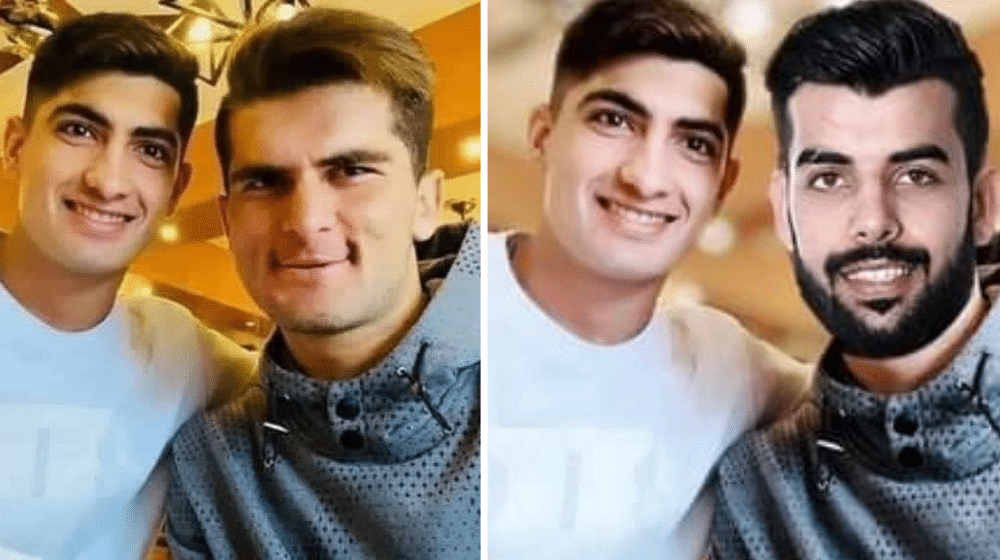 The picture caught the attention of the Netizens as they noticed that Shadab has been photoshopped in the picture. One Twitter user posted the original photo in which Naseem and Shaheen can be seen wearing the same dresses.

Here is the original photo:

ALSO READ
Babar Inches Closer to Malik, Sharma and Kohli on List of Most T20 Fifties

The Twitter user then uploaded a photo of Shadab and Naseem together and jokingly remarked that Naseem should have used this picture.

It is still unclear whether Naseem was trolling Shadab and Shaheen or if he did not have any photo with Shadab. Nevertheless, the hilarious birthday wish has since gone viral, leaving many social media users confused.