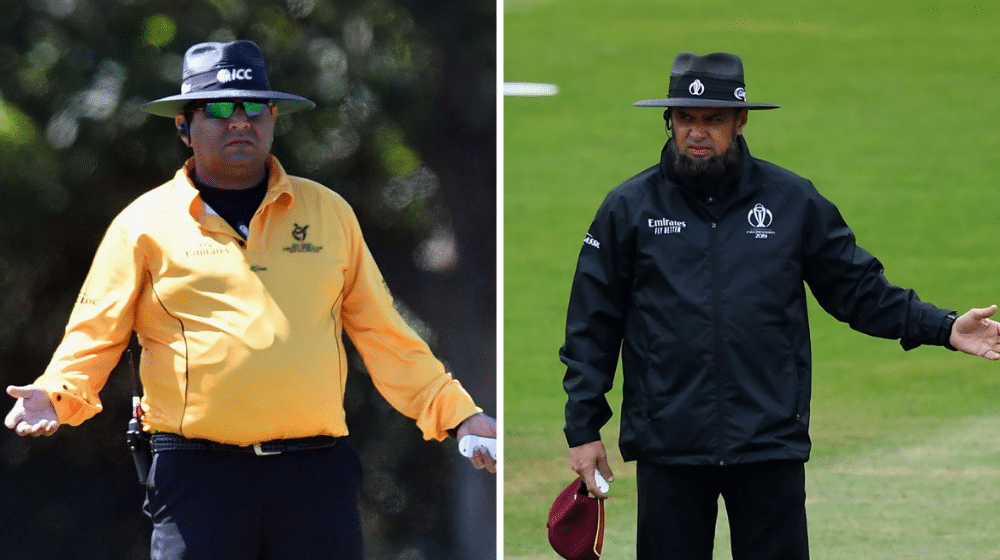 The International Cricket Council (ICC) has announced a 20-man match officiating panel for the upcoming 2021 T20 World Cup in Oman and UAE. The panel includes 16 umpires and four match referees for the first round and the Super 12s round of the mega event.

Match officials for the semi-finals and final of the tournament will be announced in due course.

The umpiring panel includes Pakistan’s elite umpires, Aleem Dar and Ahsan Raza, along with 14 other match officials from all over the world. Aleem Dar, alongside South African umpire, Marais Erasmus, and Rod Tucker of Australia, will be officiating in their sixth T20 World Cup tournament.

The highly-anticipated encounter between arch-rivals Pakistan and India scheduled to take place on 24 October at Dubai International Stadium will be officiated by Marais Erasmus and New Zealand’s Chris Gaffaney while David Boon of Australia will be the match referee.

Sri Lanka’s Kumar Dharmasena, who officiated the infamous ICC 2019 Cricket World Cup final will be the match official for the opening match of the first round of the T20 World Cup between Oman and Papua New Guinea on 17 October.

Here is the full list of match officials for the 2021 T20 World Cup: