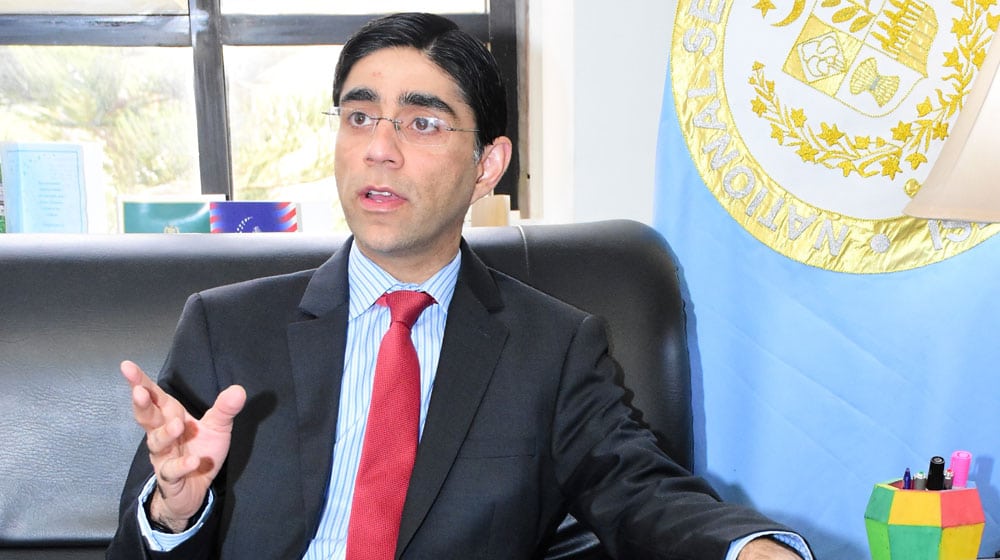 The National Social Media Coordination Working Group (NSMCWG), which has been recently formed by the Prime Minister, held its first meeting under the chairmanship of National Security Advisor, Dr. Moeed Yusuf, on Wednesday.

The Prime Minister constituted NSMCWG to work on relevant policies related to social media, provide input to the government of Pakistan on social media-related issues and engage with international social media companies in a coherent and coordinated manner.

During the meeting, Dr. Moeed said that the main purpose of this group is to have seamless coordination with all relevant ministries and stakeholders and incorporate their input. He emphasized data-backed policy making in accordance with international best practices while keeping Pakistani sensitivities in mind.

For the next meeting, representatives from the State Bank of Pakistan and FBR will also be called to give input about the taxation policies regarding social media companies.

Dr. Arslan Khalid, Focal Person to PM on Digital Media, who is also the spokesperson of NSMCWG, said, “Social media is one subject which is being dealt with by many ministries and departments. It was observed that there was weak coordination between the government stakeholders resulting in delays and confusion over some policy matters. This working group will bring all the relevant stakeholders on one platform which will help in better result-oriented engagement with the social media companies”.

National Social Media Working group was notified by Prime Minister last week and is expected to report to him on its proceedings regularly.