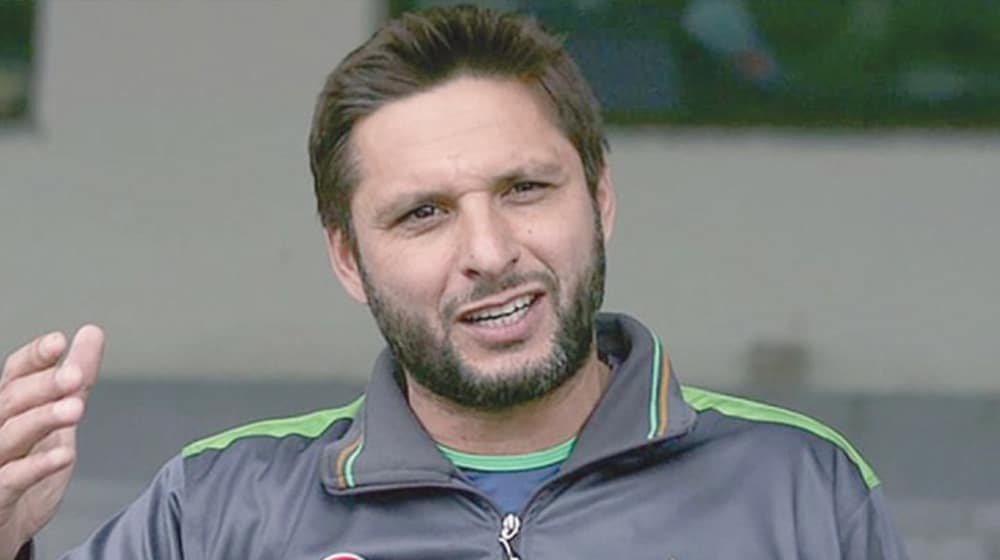 Former Pakistan captain Shahid Afridi believes that Pakistan can mirror the spirit of 2009 and win another T20 World Cup.

Relishing the idea of the Green Shirts returning home with the T20 trophy in one hand and “scalps of rival teams in the other,” Afridi has warned other teams to not underestimate Pakistan as the team has a variety of homegrown and well-spirited individuals who can sweep the floor with literally anyone. “Pakistan can surprise any team in the world. Rule them out at your peril,” he said.

We have the talent, approach, and aggression required for this rapid format. It is a format that is loved throughout Pakistan. We won against every team, and then every team adopted that style. Bowling is now full of variety, and new batting techniques have developed. The current Pakistan team is very talented although they lack experienced players. However, as we all know, never underestimate a Pakistan team!

In his playing days, Afridi was at the heart of Pakistan’s “topsy-turvy” ride in all formats of cricket. The legendary trendsetter of Pakistan’s white-ball cricket was regarded as one of the most exciting players in cricket history. Although he rose to fame for his explosive batting skills, he developed into a genuine leg-spinner for Pakistan, leading the country to the semi-finals of the 2011 ICC Cricket World Cup, where he finished as the joint leading wicket-taker.

Afridi has been one of the most successful bowlers in Pakistan’s history, having picked up 395 ODI, 98 T20I, and 48 Test wickets, along with scoring over 10,000 runs across all formats. He is the leading wicket-taker for Pakistan in T20Is and the third-highest wicket-taker in ODIs.