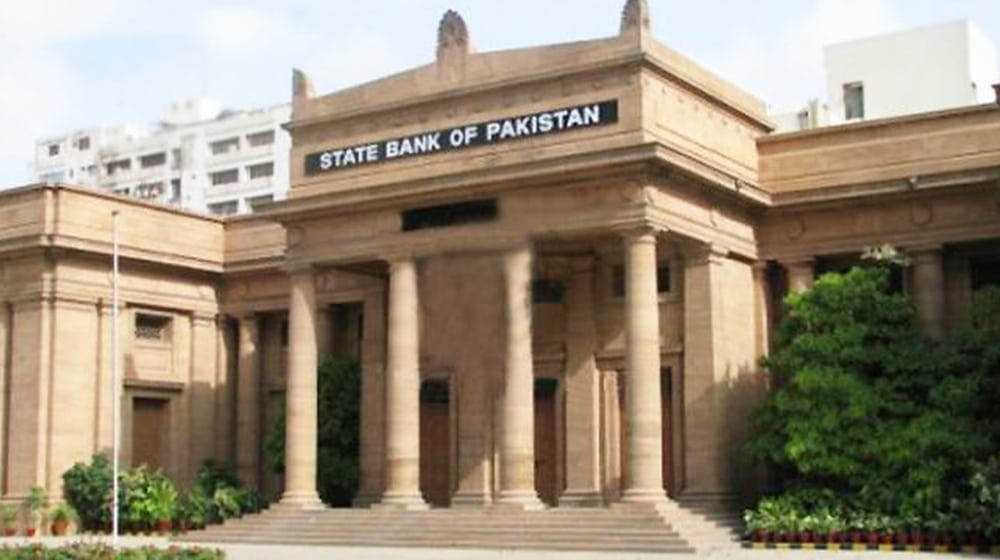 Pakistan’s total foreign exchange reserves declined by $31 million in the week that ended on 8 October, according to data released by the State Bank of Pakistan.

Meanwhile, the net foreign reserves held by the commercial banks fell to $6,831.0 million, compared to $6,830.8 million in the previous week. 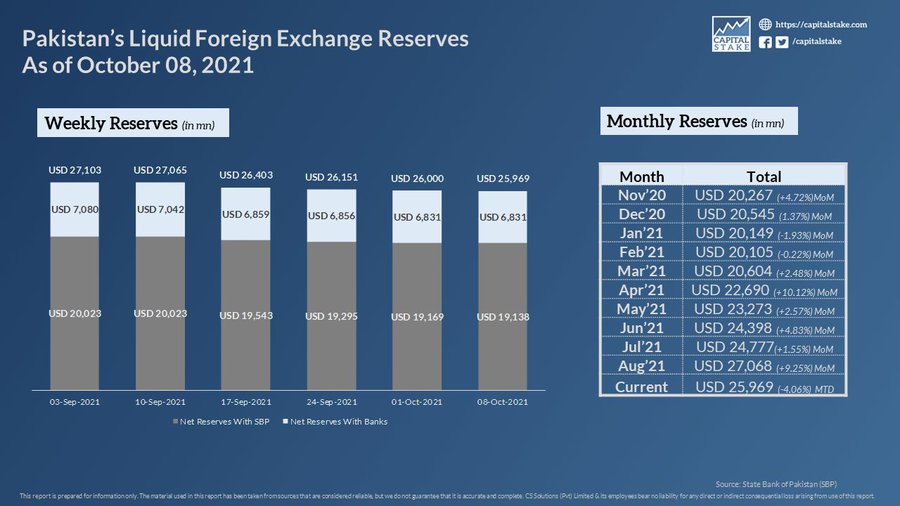 The central bank’s reserves soared to a record high of $20.15 billion in August after the International Monetary Fund directed Special Drawing Rights worth $2,751.8 million to the bank. However, the SBP’s reserves began to decline steadily since August, which is attributed to the fulfillment of debt repayments.

Meanwhile, the local currency is depreciating sharply and crashed to a record low against the US Dollar at 171.13 on Thursday.

Pakistan’s trade deficit more than doubled year-over-year to $11.66 billion in the first quarter of the fiscal year 2021-2022. Similarly, its current account deficit widened to $1.50 billion year-over-year in August as imports surged by 86 percent.

The SBP also raised its policy rate by 25 basis points to 7.25 percent in September.