The Pakistani Rupee crashed to a new all-time low against the US Dollar today. The Rupee depreciated by 69 paisas against the dollar and closed at 173.47.

The local currency’s prior record low against the US Dollar (USD) was 172.78. 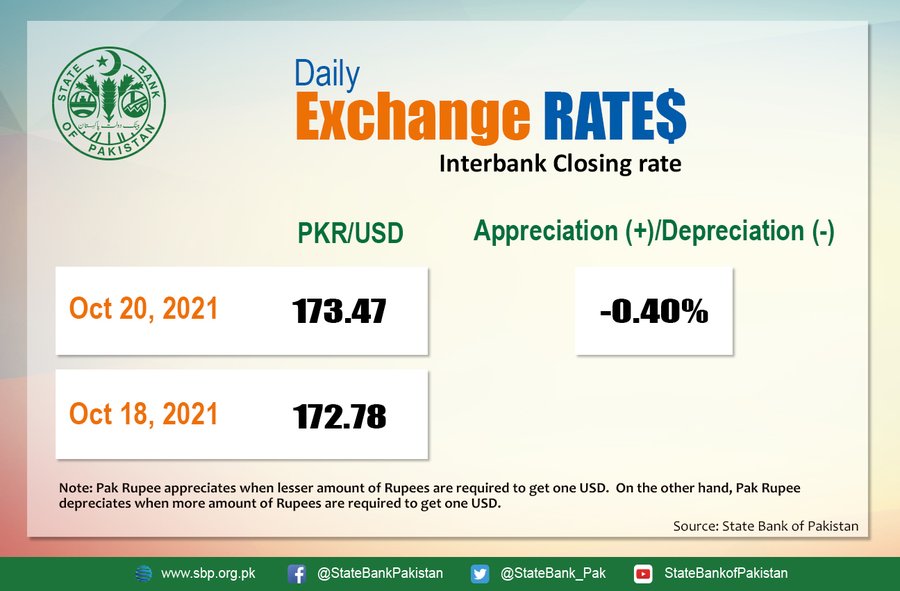 Adviser to the Prime Minister on Finance and Revenue, Shaukat Tarin, has returned to Washington, D.C., to resume talks with the International Monetary Fund, according to the spokesperson.

Jihad Azour, director of the IMF’s Middle East and Central Asia Department, said negotiations between the fund and Pakistan had taken a “very good step.”

Economy is still faced with series of tough events.
While, CAD is still a challenge, IMF announcement could give some breathing space.
However, FATF will keep market on its toes until clearance is obtained after presentation of review performance. 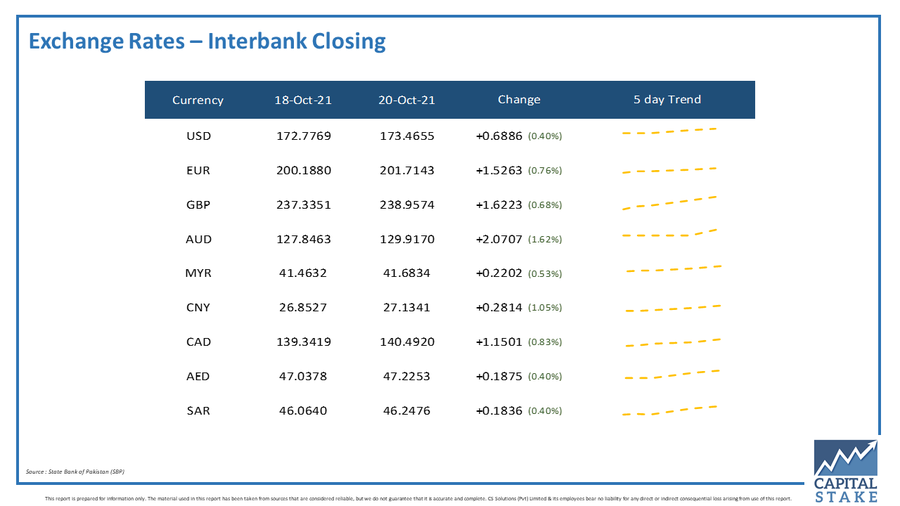 The PKR also depreciated against other major currencies today. It lost Rs. 1.5 paisas against the Euro, Rs. 1.62 against the Pound Sterling (GBP), Rs. 1.15 against the Canadian Dollar (CAD), and Rs. 2.07 against the Australian Dollar (AUD) today.