The Pakistani Rupee (PKR) slid to a new record low against the US Dollar today. The rupee depreciated by 49 paisas against the dollar and closed at 173.96.

The local currency hit its prior record low against the US Dollar (USD) yesterday when it closed at 173.47.

During the session, the rupee hit an intra-day record low against the USD of 174.10. 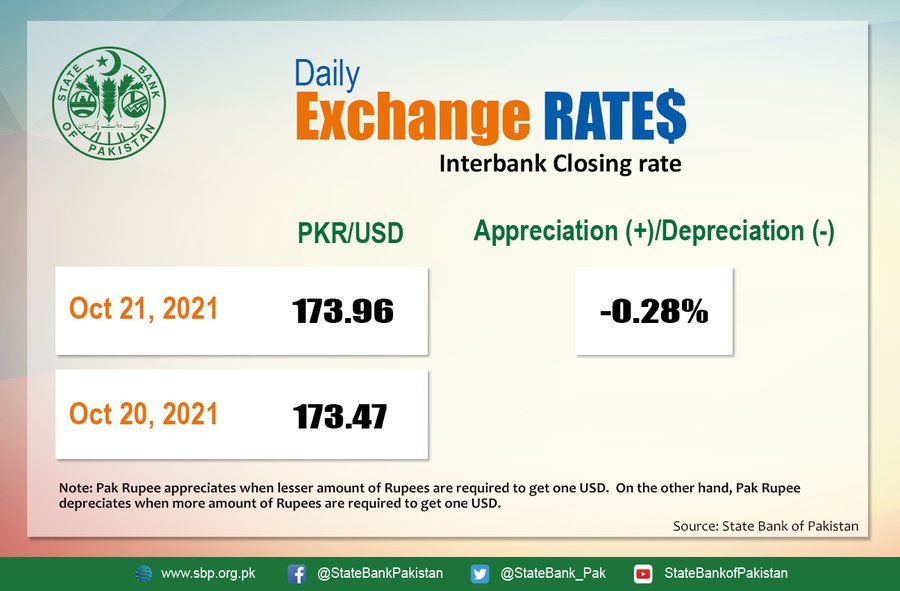 Talks between Pakistan and the International Monetary Fund (IMF) are expected to conclude today, and a joint statement with details of the arrangement will be released. This will finalize approval for the release of the next tranche of the IMF’s $6 billion Extended Fund Facility (EFF).

Meanwhile, the State Bank of Pakistan’s governor, Reza Baqir, drew public criticism for saying that the families of overseas Pakistanis benefitted from the rupee’s depreciation.

Former Treasury Head-Chase Manhattan Bank, Asad Rizvi, says that markets will stay anxious until the Financial Action Task Force’s decision over whether it will remove Pakistan from its grey list. 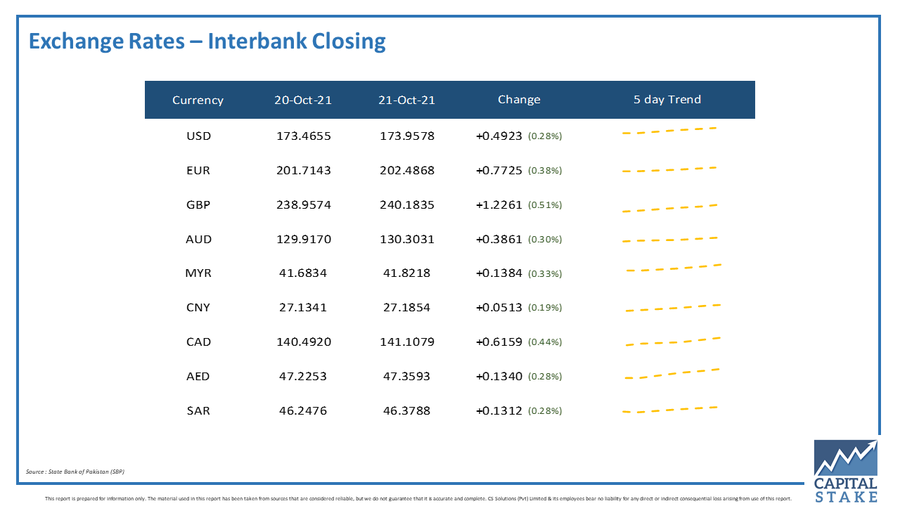 Similarly, it lost 13 paisas each against the Saudi Riyal (SAR) and the United Arab Emirates Dirham (AED).