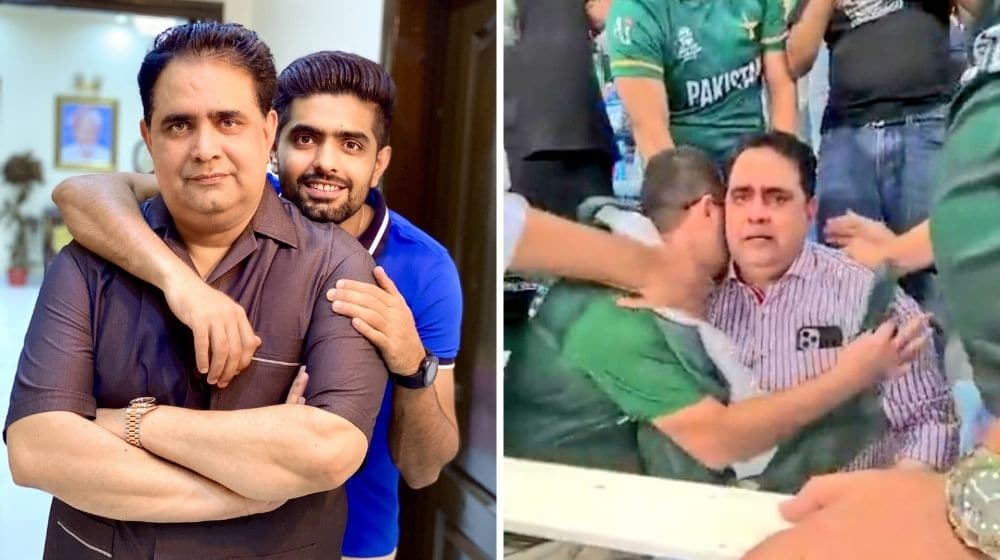 Pakistan’s star batter, Babar Azam, became the first Pakistani captain to lead his side to a victory over arch-rivals India in a World Cup match. Babar’s exceptional captaincy and batting helped Pakistan to a convincing ten-wicket victory over India, their largest victory in T20I cricket in terms of wickets remaining.

The Pakistani captain’s father, Azeem Siddique, was also present in the stadium to witness the victory and broke down into tears once his son hit the winning runs against their arch-rivals. The video of Babar’s father during the winning moments was uploaded across various social media platforms.

This is Babar Azam’s father. So happy for him. I first met him in 2012 at Adnan Akmal’s walima. Babar at that time was 3 years away from Pakistan debut. I clearly remember what his father told me “bas debut ho jane do. Agay sara maidaan babar ka hai” pic.twitter.com/ZlsvODQkSg

Renowned cricket statistician, Mazher Arshad, uploaded the video on Twitter and explained the conversation he had with Babar’s father a few years before Babar’s debut for the Pakistan cricket team. Mazher tweeted, “I clearly remember what his father told me ‘bas debut ho jane do. Agay sara maidaan babar ka hai’ (just let him make his debut, then the whole world is in Babar’s hand)”.

Pakistan’s convincing victory over their arch-rivals has put them in pole position to qualify for the semi-finals of the 2021 T20 World Cup. The Men in Green will be determined to put in a similar performance against Kiwis on Tuesday before facing Afghanistan a few days later.