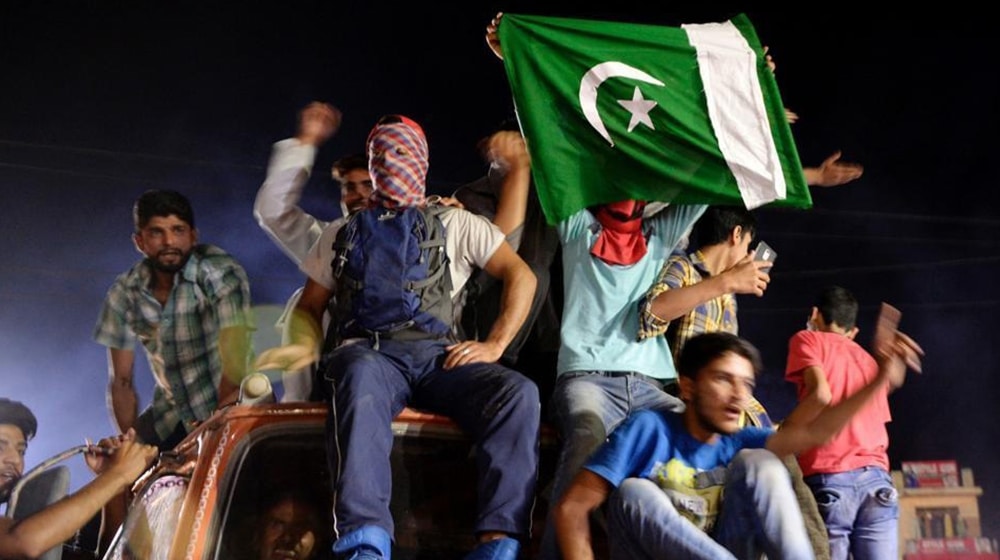 Three college students from Kashmir have been suspended for celebrating Pakistan’s trailblazing victory against India in the former’s blockbuster T20 World Cup opener two days ago.

As reported by an international daily, the suspension came after local leaders of the Bharatiya Janata Party lodged complaints with the police against the Kashmiri students who allegedly posted WhatsApp statuses praising Pakistani cricketers.

The students were suspended from Raja Balwant Singh Engineering Technical Campus in Bichpuri, Uttar Pradesh, with immediate effect (on Monday), as stated by the institute’s Director of Administration and Finance, Dr. Pankaj Gupta.

“The students were studying under the Prime Minister Super Special Scheme. We have also apprised the PM Office and AICTE of the students’ act. However, students have apologized,” he explained.

Another local newspaper reported that local police will take action on the basis of the formal complaint that the students had participated in “anti-national activity”.

Indian authorities appear to be taking needless action against locals who memorialized the Green Caps for beating India in one of the most anticipated matchups to date. Moreover, cases under anti-terrorism laws have reportedly been registered against students in Kashmir who supported Pakistan against India.