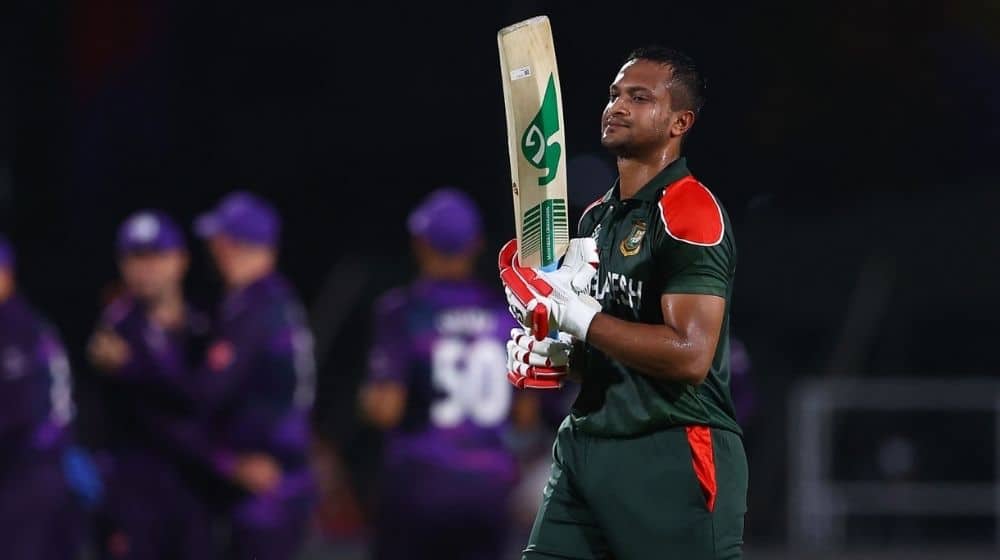 Bangladesh will be without the services of their star player, Shakib Al Hasan, for the last two Group 1 games against South Africa and Australia.

Shakib has been ruled out of the ICC Men’s T20 World Cup 2021 due to a hamstring injury. He pulled up while fielding during Bangladesh’s game against West Indies, though he did bowl four overs after suffering the injury and even opened the innings while chasing.

Bangladesh Team Doctor, Debashis Chowdhury, said, “Shakib sustained a left lower hamstring strain while fielding during the match against the West Indies. In clinical examination, it was diagnosed as an injury of Grade 1 intensity. He is ruled out from participation in the last two matches of the tournament and until further review.”

Bangladesh will not name a replacement for Shakib as they do not have any reserve players available traveling with the squad.

Bangladesh are currently winless in the Super 12 stage of the tournament after qualifying as Group A runners-up in Round 1. Currently at the bottom of the Group 1 standings, the Tigers have two more games remaining against South Africa on November 2 followed by Australia on November 4.