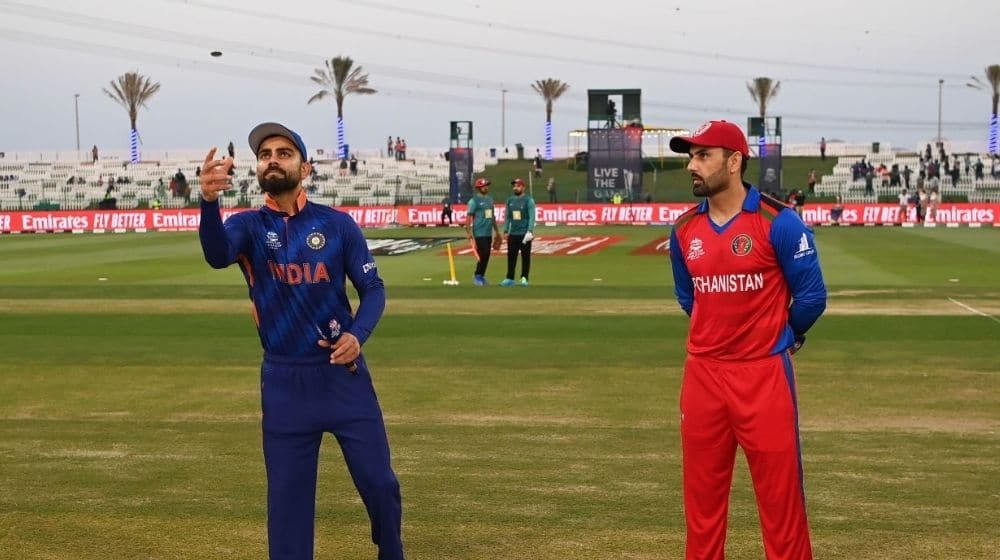 India’s 66-run victory over Afghanistan in the 2021 T20 World Cup has sparked a debate in the cricketing fraternity as many fans believe that the outcome of the match was pre-determined. Fans took to social media to voice their opinion with ‘#fixed’ and ‘#WellPaidIndia’ becoming some of the top trends on the popular social media platform, Twitter.

One of the talking points on social media was the video of the toss. Many people have pointed out that Indian captain, Virat Kohli, told Afghanistan captain, Mohammad Nabi, to bowl first after the latter won the toss.

Here is the video circulating around social media:

While it is clearly heard that there was a brief conversation between the two captains regarding the decision after the toss, many people believe it is Kohli who addressed Nabi and told him to bowl first.

It is actually Mohammad Nabi who told Kohli about his decision to bowl first after winning the toss. This is a common practice in cricket where the toss-winning captain tells the other captain about his decision before announcing it on the microphone.

By listening closely, it is clear that Nabi had informed Kholi that he “will bowl first” to which the Indian skipper replied “okay” and not the other way around.

There have been similar incidents in previous matches held in this particular T20 World Cup as well and this tradition has been in cricket for ages. Even during Pakistan’s encounter against Afghanistan, Babar had asked Nabi about his decision right after the toss.

Use common sense and don't come up with ridiculous conspiracy theories! pic.twitter.com/QkN9vY4aIb

What do you think? Was the match between India and Afghanistan fixed? Write down your thoughts in the comments section!