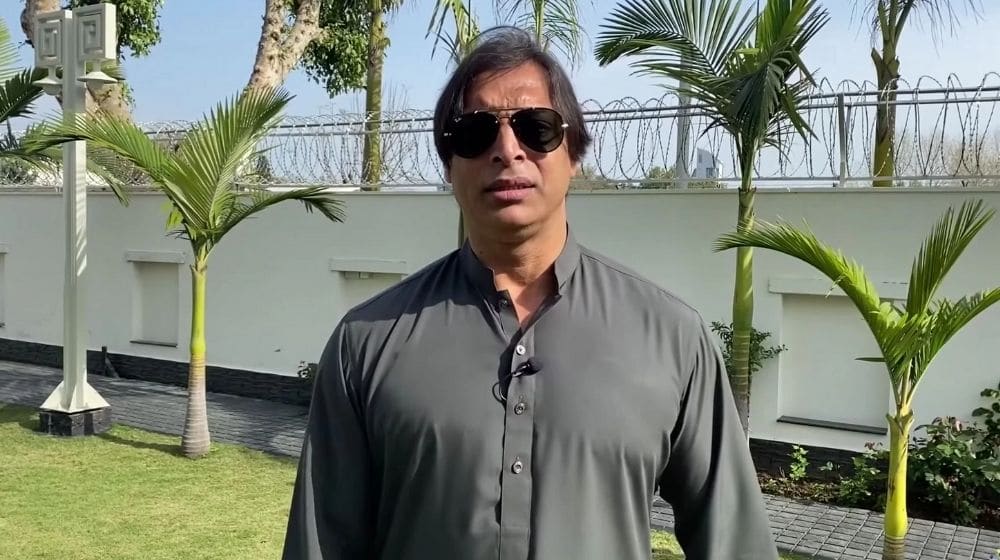 Taking to Twitter, the star cricketer said he would not back down and fight a legal battle against PTV.

“Utterly disappointed. After miserably failing to safeguard my respect and repute while I was working for PTV, they have now sent me a Recovery Notice. I am a fighter and will not give up and fight this legal battle. My lawyer, Salman Khan Niazi, will take this forward according to law,” Shoaib said in a tweet.

On Sunday, the national broadcaster served Shoaib a notice worth Rs. 100 million over violations of the contract that “caused huge financial losses.”

The notice, shared by a journalist on Twitter, maintained that the abrupt resignation of the former cricketer was a violation of his contract that caused huge financial losses to the channel.

Shoaib was under the contract on the basis of exclusivity when PTV Sports anchor, Dr. Nauman Niaz, asked him to leave the show on air, prompting a resignation from the former during the live show on 26 October.

“As per clause 22, both sides shall have right to terminate his agreement by serving three months’ written notice or payment in lieu thereof. Whereas, Shoaib Akhtar resigned on air on October 26 which has resulted in huge financial losses to PTV,” read the legal notice.

According to the notice, Shoaib also violated the contract when he left for Dubai to attend an Indian TV channel’s transmission with Harbhajan Singh without informing the channel management.

“Besides, he also appeared on an Indian TV show along with the Indian cricketer, Harbhajan Singh, which also caused irreparable losses to PTV.”

The notice demanded Shoaib Akhtar to pay Rs. 100 million in compensation for the damages, along with an amount of Rs. 33,33,000, equivalent to a three-month salary, or face legal proceedings under the law.