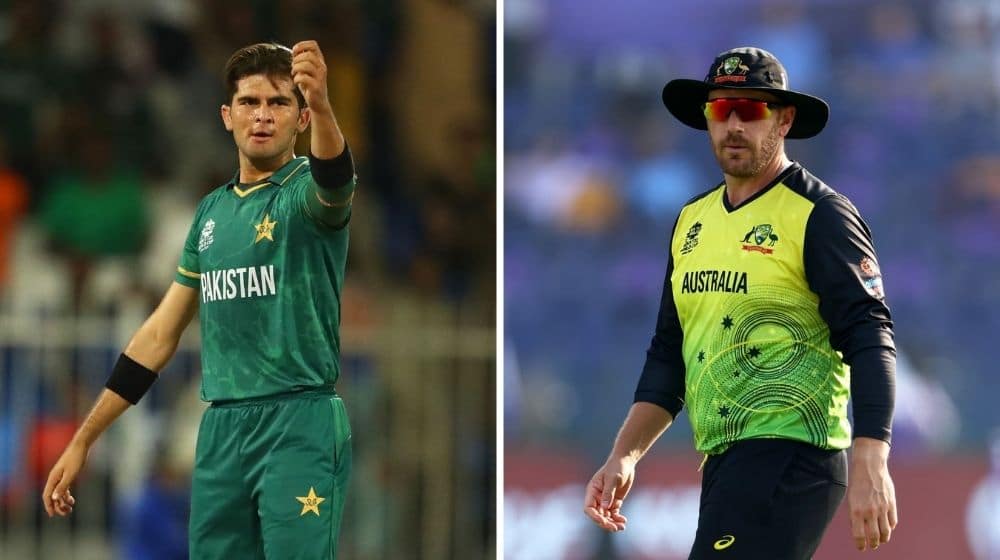 Australia’s white-ball captain, Aaron Finch, has pointed out Shaheen Afridi as the danger man ahead of the blockbuster semi-final encounter between Pakistan and Australia in the 2021 T20 World Cup. Finch said that Australia will have to deal with the pace of Shaheen in the first few overs to get a good start to their innings and build on from there to secure a victory in the knockout match.

Finch said that the first six overs of the innings are going to be crucial and the two openers, Finch himself and David Warner, will have to tackle the left-arm pacer to provide a solid start to their team.

Shaheen has been one of the most effective bowlers in the ongoing tournament and has helped Pakistan in getting five consecutive wins in the mega event. Shaheen started the tournament with a three-wicket haul against arch-rivals India, dismissing the likes of Rohit Sharma, KL Rahul, and Virat Kohli as Pakistan defeated India for the first time in World Cup history. The tall left-arm fast bowler has a knack for picking up wickets in his first over of the innings and he will be looking to replicate a similar strategy in the match against Australia.

Finch also showered praises on Australia’s pace bowling trio of Mitch Starc, Josh Hazlewood, and Pat Cummins. The three pacers have been the stand-out performers in the Australian side and Finch was ecstatic about how well they have performed in unfamiliar conditions. He said that the trio has been terrific throughout the tournament.