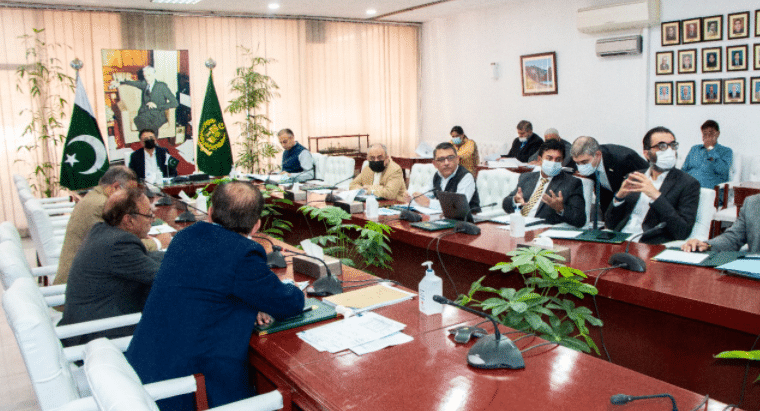 A delegation of the Islamabad Chamber of Commerce & Industries (ICCI), led by its President, Muhammad Shakeel Munir, called on the Minister for Planning, Asad Umar, in Islamabad today to discuss the establishment of a new Islamabad Industrial Zone.

The minister welcomed the delegation and said that the existing Industrial Areas in Islamabad had exhausted the land. He added that expansion is needed to generate economic activity, employment, and revenue, and potentially earn precious foreign reserves in the shape of exports.

Minister Umar highlighted that the capital needs to have a model Industrial Estate to showcase Pakistan’s Industrial Development for foreign visitors.

He said that the provision of electricity, gas, water, and other basic amenities will be ensured in the industrial zone, and that besides aiding industrialization, the project will be a source of employment for Islamabad and the citizens of the adjoining areas.

The attendees of the meeting decided in principle to create a new industrial zone for Islamabad, and discussed the development of the project under a public-private partnership (PPP) structure.

The meeting was attended by Khalid Javaid, Abdul Rauf, Tariq Sadiq, Shaban Khalid, and other representatives of the ICCI.