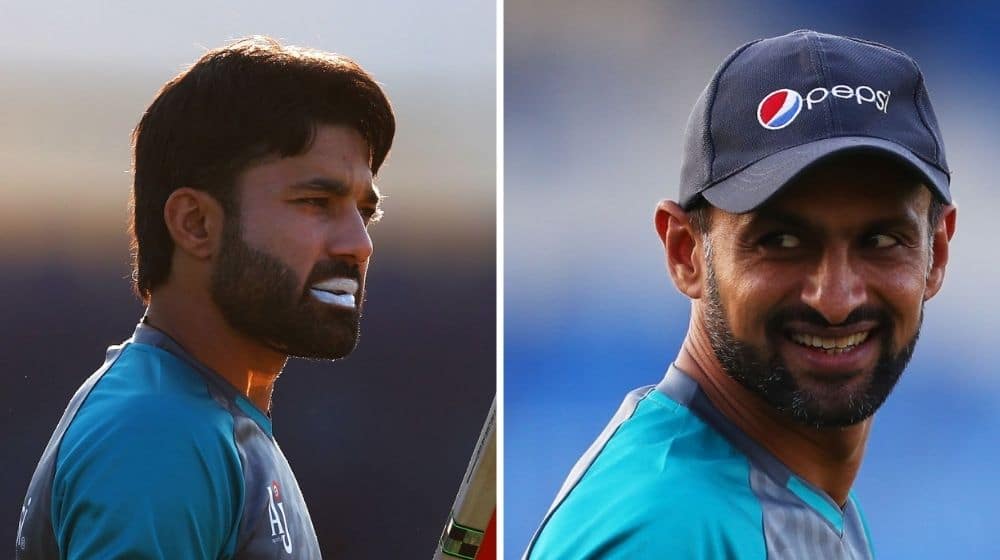 Pakistan’s wicket-keeper batter, Mohammad Rizwan, and veteran middle-order batter, Shoaib Malik, have been declared fit to play by the Pakistan Cricket Board (PCB) medical team. Both Malik and Rizwan had been suffering from flu for the past few days and the duo did not take part in the team’s training sessions as well.

Both the players had been tested for COVID-19 on multiple occasions and fortunately for the Pakistan cricket team, they returned negative results.

The duo has been crucial to Pakistan’s success in the ongoing 2021 T20 World Cup so far. They both have played multiple match-winning knocks and have helped Pakistan to win all five of their matches in the tournament so far.

Rizwan has been in rich vein of form in 2021 and he continued his heroics in the T20 World Cup. He scored a magnificent half-century in Pakistan’s historic win against India and continued his brilliant run in the other matches as well. He is currently the fifth-highest run-scorer in the tournament with 214 runs in 5 innings.

Meanwhile, Malik has been crucial for Pakistan in the middle-order. The veteran batter played a major part in Pakistan’s five-wicket victory in a high-octane clash against Afghanistan and then scored the fastest fifty in the tournament against Scotland. His half-century came off only 18 balls and included 6 huge sixes.

Pakistan will face Australia in the semi-final of the mega event on Thursday night and the winning team will book their place alongside New Zealand in the final of the tournament. This will be Pakistan’s seventh encounter against Australia in T20 World Cups. Both the teams have won three matches each prior to this meeting.