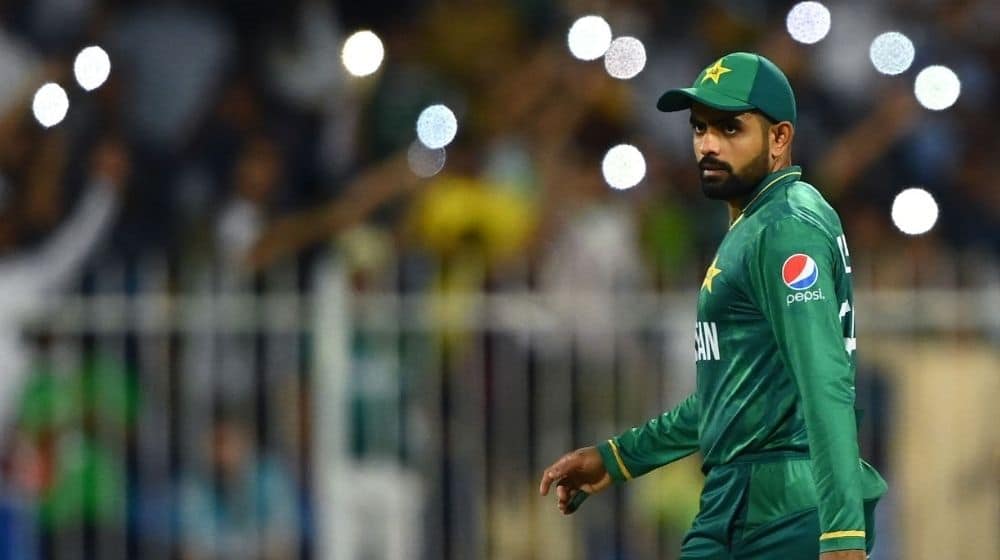 The International Cricket Council (ICC) panel has named Babar Azam as the skipper of the T20 World Cup’s Team of the Tournament.

Babar had a stellar run with the bat in the tournament as he was the leading run-scorer in the World Cup. He scored 303 runs, including four fifties in six matches, at a strike rate of 123 with an average of 60.60.

“Babar Azam’s T20 World Cup performance was remarkable. The fact that it was the Pakistan skipper’s first-ever T20 World Cup appearance makes his numbers even more astonishing, and he is comfortably the highest run-scorer at a debut World Cup in the history of the competition, beating Pakistan batting consultant Matthew Hayden’s previous record. Babar also drew level with another record held joining by Hayden and Virat Kohli, with his four fifties in a single World Cup equalling the all-time best,” ICC’s official website stated.

ALSO READ
Babar Should Have Been the T20 World Cup Player of the Tournament: Akhtar

However, Mohammad Rizwan, the third-highest run-getter in the tournament with 289 runs, was not included in the 12-man squad.

West Indies great, Ian Bishop, who is part of the ICC panel, said they had an unenviable task of narrowing it down to just 11 players after so many performances across 45 matches. On Rizwan’s absence, Bishop said:

The top three in the order were so outstanding that we could not leave any of them out. Notable absentees include Mohammed Rizwan, who was simply outstanding and courageous in his performance. However, we could not fit him into the team too far outside of the opening position where he is most suited and successful, nor ahead of those selected.

On the other hand, Shaheen Afridi has been included as the 12th man. Here is the ICC Team of the Tournament: