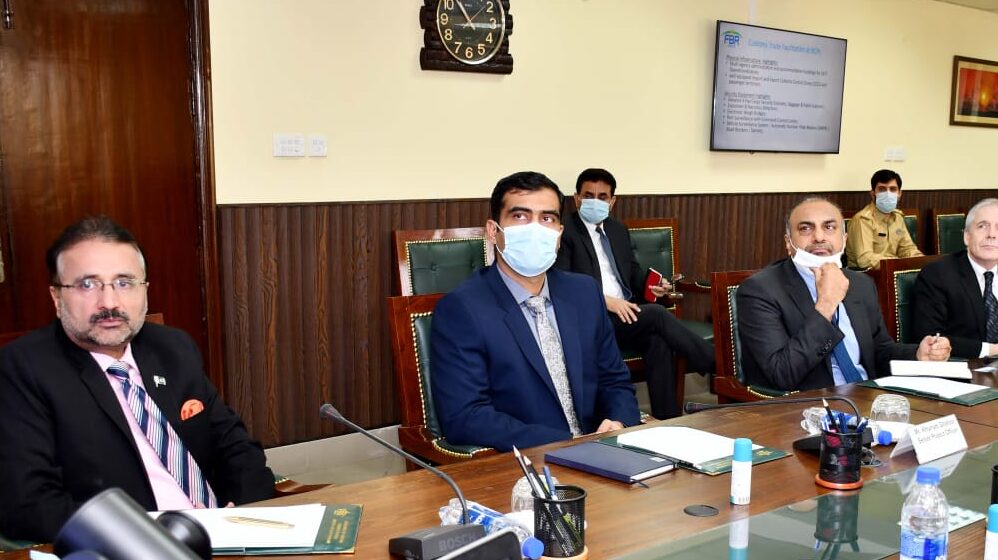 Asian Development Bank (ADB) officials Wednesday visited the Federal Board of Revenue (FBR) HQs to review the progress made on “FBR Reform Engagement with ADB” and issues and challenges being faced for effective implementation.

During the meeting, the progress on Integrated Transit Trade Management System (ITTMS) was shared with the ADB delegation. Giving specific details about Customs trade facilitation at Border Crossing Points (BCPs), FBR team informed that facilitation of multi-agency administration and round the clock operationalization and establishment of well-equipped import & export Custom Control Zones (CCZs) at Border Crossing Points have been ensured. Regarding Customs Trade Harmonization at BCPs.

The ADB delegation was informed that the least possible human interface between entry and exit points has been ensured for enhanced trade facilitation. Moreover, WeBOC has been integrated with Pakistan Single Window (PSW) for real-time data sharing with the concerned stakeholders.

Progress on Tax Administration Diagnostic Assessment Tool (TADAT) was also shared with ADB Team. The visiting delegation was informed that FBR has launched the formulation of the Inland Revenue Code in a bid to harmonize all inland taxation laws and maximize the facilitation of taxpayers. The single Inland Revenue Code will reduce the implementation cost of FBR and reduce compliance costs for taxpayers.

The ADB Team was apprised of broader revenue mobilization initiatives of FBR particularly in the realm of the Pakistan Raises Revenue Program (PRR). It was informed that FBR was on its way to achieve objectives of the Program for a simple and transparent tax system, effective control of taxpayers’ obligations, and facilitation of compliance and institutional development for efficiency and accountability.

Chairman FBR dilated upon the key initiatives of FBR which included E-Monitoring (Track & Trace System), Point of Sale (POS) Integration, the establishment of Single Sales Tax Portal and similar other technological initiatives. He further reaffirmed that team FBR had exceeded the last financial years’ revenue target of Rs. 4691 billion and FBR had already collected Rs. 235 billion in excess of the assigned budget for the first four months (July-October, 2021), achieving a commendable growth of 36.7 %.

He informed the delegation that for the first time ever in FBR history, the country’s premier revenue collection organization has adopted a policy of clean revenue collection by not holding back a penny in refunds payable to taxpayers and not accepting any advances, as against the standing practices in the past.

The ADB team appreciated FBR’s efforts to maximize revenue potential through automation and digitization and hoped that team FBR will continue to maintain its ongoing momentum to broaden the tax base through technology and thus collect maximum revenue for the people of Pakistan. At the end, Chairman FBR thanked the visiting delegation of ADB and reassured them of full cooperation from FBR in ensuring smooth bilateral engagement between ADB and FBR.