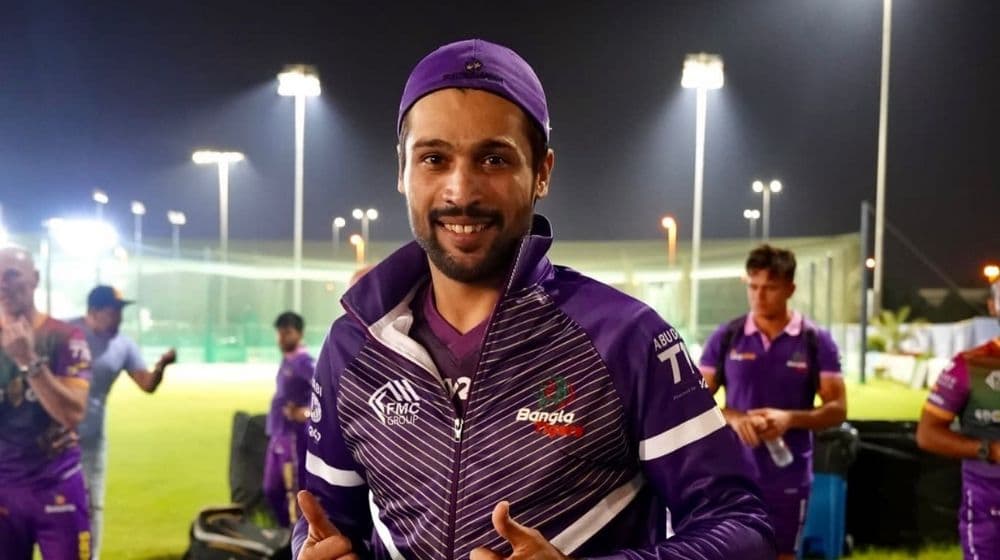 Former Pakistan pacer, Mohammad Amir, has decided to play in the ongoing Abu Dhabi T10 League despite announcing his decision to not take part in the competition a few days ago. Amir had earlier stated that he will not be a part of the competition as he was regaining full fitness after suffering from COVID-19.

Amir said that his focus was to regain full match fitness and not risk any further infections due to the poor weather conditions in Lahore. The left-arm seamer has however decided to play in the competition after all and joined the Bangla Tigers franchise for his first training session.

Bangla Tigers currently sit at the fourth spot on the table, having won only one out of their three matches so far. They will be hoping for a change in their fortunes with the arrival of Mohammad Amir as they look to finish in the top four to qualify for the play-offs.

It is expected that Mohammad Amir will be a part of the Bangla Tigers’ starting line-up in their next encounter against The Chennai Braves, scheduled to be played at 9:00 pm on 23 November.