The Pakistani Rupee (PKR) has reported gains against the US Dollar (USD) for the second consecutive day and appreciated by 24 paisas against the greenback in the interbank market today. It hit an intra-day high of Rs. 175 against the dollar during today’s open market session. 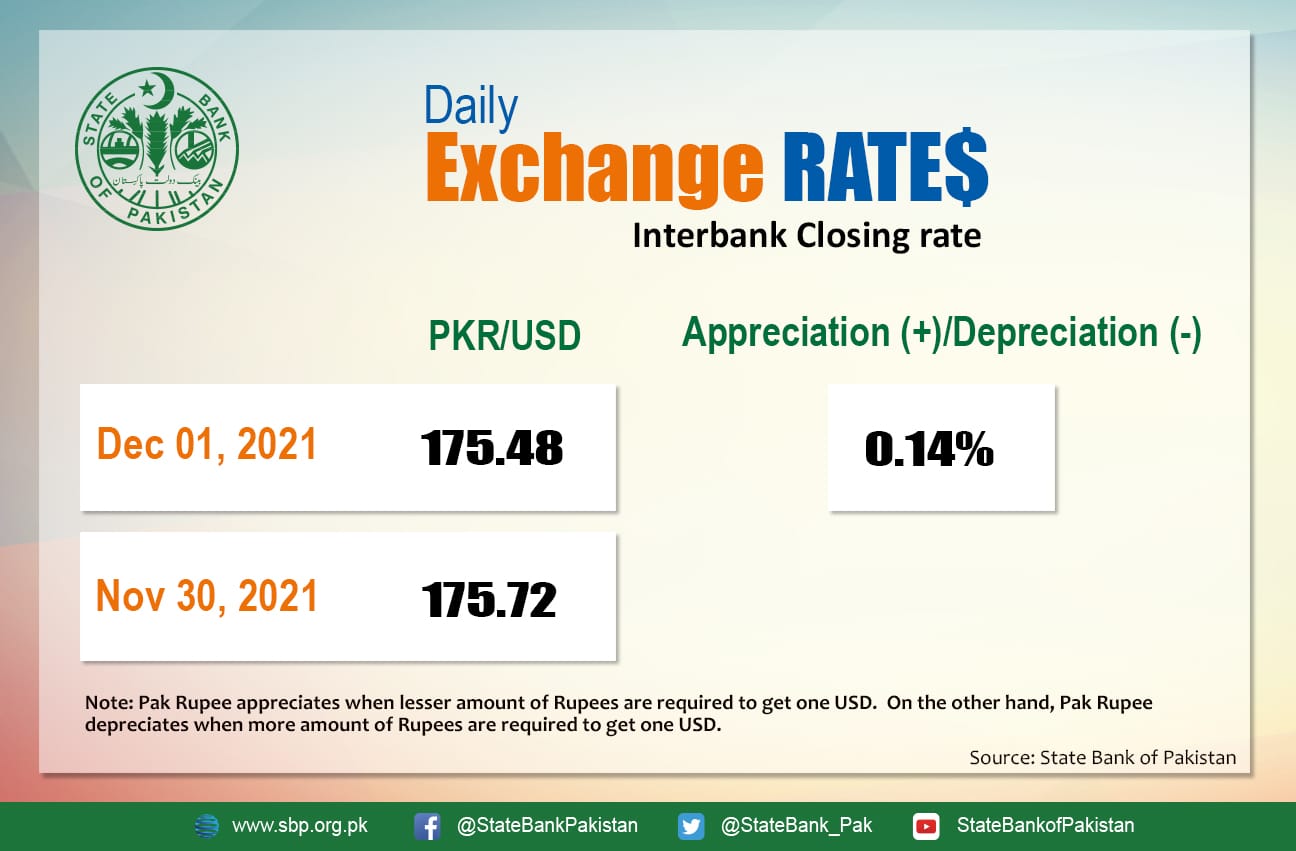 The growth spells good news for the local currency as exchange sentiments finally begin to enter a consolidation phase, but it should be noted that the Rupee is still hovering above its former record low against the USD from 26 October when it closed at Rs. 175.27.

Today’s gains against the US Dollar are a mere reflection of a resistant exchange ledger, but the near-term outlook from an overall economic perspective is debatable. For starters, Pakistan’s Consumer Price Index-based inflation increase by 11.53 percent on a year-on-year basis, at its highest in almost two years.

More uncertainty threatens to kill the momentum that the Rupee has stockpiled since Monday, as the government struggles to hegemonize the factors that are contributing to the surging import bills of late. Regardless of this unpleasant precariousness, there is hope that the trends will stabilize.

The former Treasury Head of Chase Manhattan Bank, Asad Rizvi, tweeted about today’s inter-bank performance during the open trade. Discussing various fiscal measures that have laid the foundation for the Rupee-Dollar parity in the past few weeks, he remarked, “Inflation surged to 11.5%, supporting further hike, but it may not surpass 10% by [the] end of FY22”.

The PKR maintained momentum against most of the other major currencies as well and posted gains in the interbank currency market today.

It gained 43 paisas against the Pound Sterling (GBP) and held out against the Chinese Yuan (CNY) with a gain of one paisa.

The Rupee finally broke its harrowing run against the Euro (EUR) and gained 35 paisas in the inter-bank currency market today, closing at Rs. 198.6 against the eurozone currency.

It also posted blanket gains of six paisas against both the UAE Dirham (AED) and Saudi Riyal (SAR). 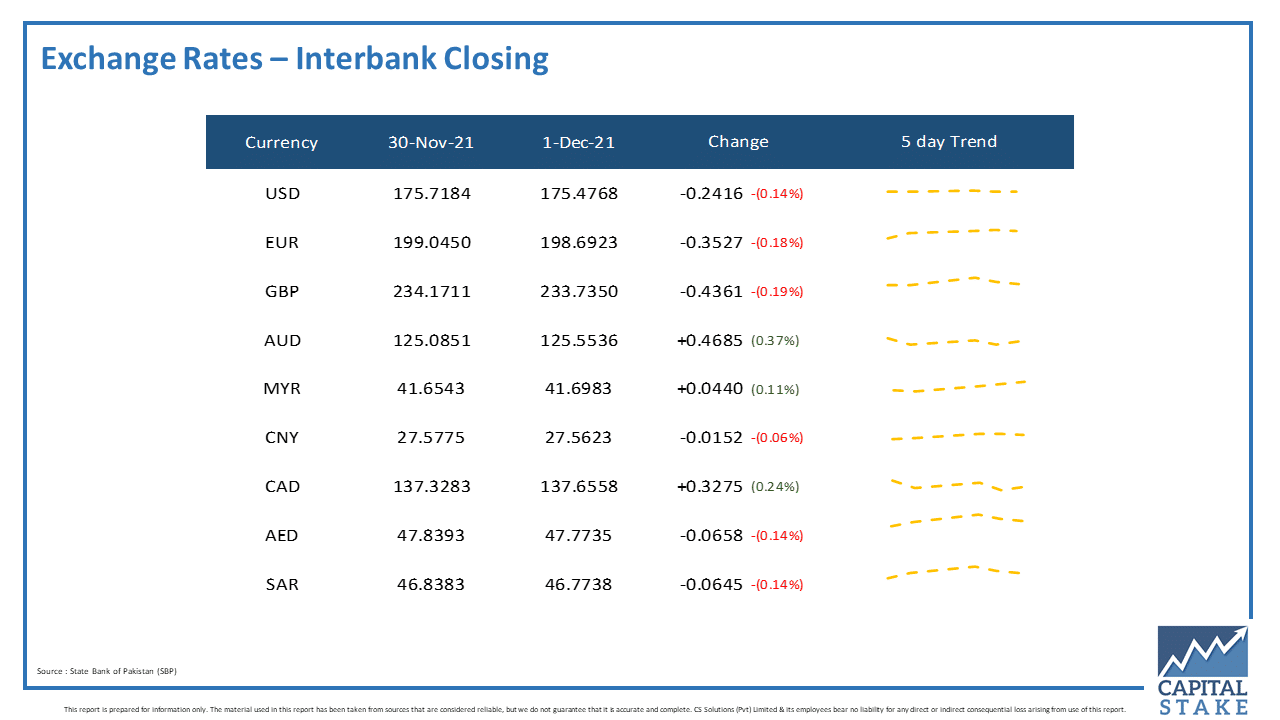 Conversely, the local currency made a surprising plunge against the Canadian Dollar (CAD) and lost 32 paisas in the inter-bank currency market today. It also posted losses of 46 paisas against the Australian Dollar (AUD), marking a bitter-sweet ending to the day’s market close.