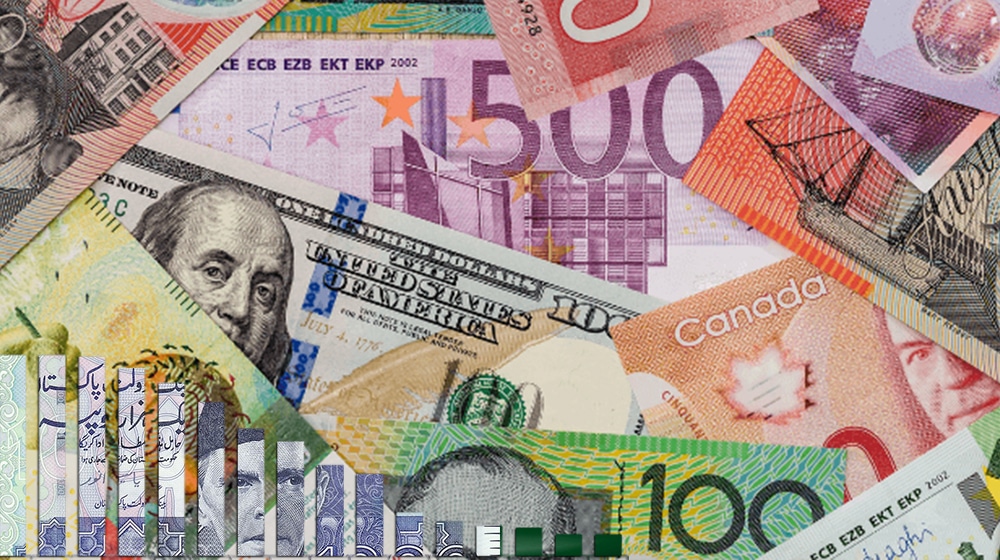 The Pakistani Rupee (PKR) slid to a record low against the US Dollar (USD) and depreciated by 94 paisas against the greenback in the interbank market today. It hit an intra-day low of Rs. 176.5 against the dollar during today’s open market session. 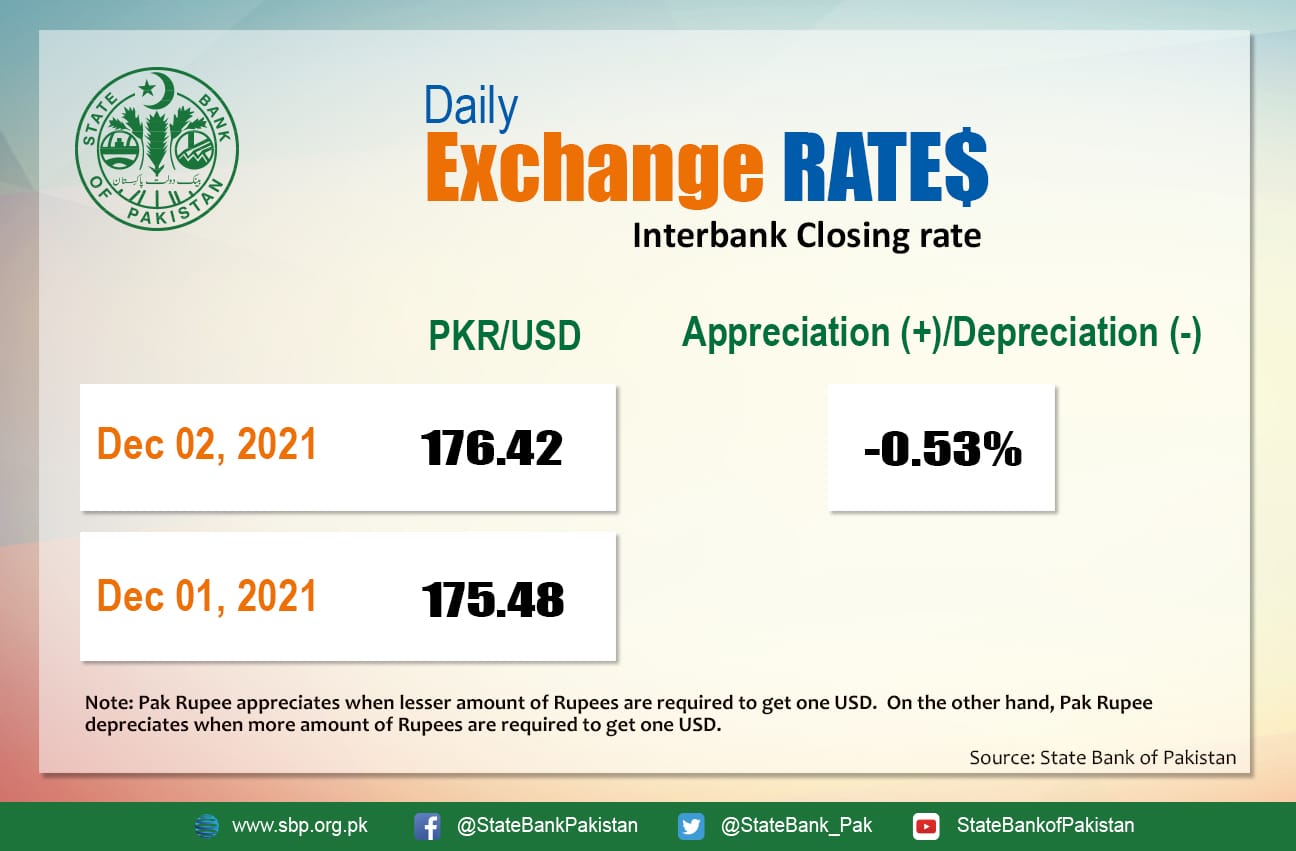 The local currency hit its last record low against the USD on 29 November when it closed at Rs. 176.20. It has lost Rs. 18.88 (12 percent) against the Dollar since July 2021 as a multitude of factors continue to impede fiscal progression.

The local unit took a resounding plunge today on the back of a horrendous display at the Pakistan Stock Exchange, with the benchmark KSE-100 index recording its steepest drop for the calendar year 2021, losing 2,135 points in intraday trading.

Moreover, the ridiculously high import bill has added a negative-vertical pressure on the Pakistani Rupee and propelled interest rates to swell up simultaneously.

The pressure on the Rupee is mounting to unbearable levels due to the shockingly high import bill. The rise in imports is at unsustainable levels and requires monetary tightening and tax changes via finance bill. Moreover, to make things worse, the government raised debt yesterday via auction at a significantly high cut-off rate. Therefore, reducing the allure of already weak stock market. There is a serious disappointment in equity markets and now shift toward fixed income will ensue.

He added, “Although all prices are coming down, that’s the only silver lining that can reduce pressure on the external account and inflation outlook”.

While big-name analysts and experts blame factors like imports and trade deficits as the contributing catalysts that are driving the Rupee’s plunge, it should be noted that inflation has increased to 11.5 percent and the import-led inflation was fueled by the significant rupee devaluation.

Inflation, as measured by the Consumer Price Index (CPI), has reached its highest level in 20 months, during which time global oil prices continued to rise gradually, eroding all the gains without warning.

The former Treasury Head of Chase Manhattan Bank, Asad Rizvi, summarized today’s interbank fiasco in a tweet that explained how November’s exports clocked to an all-time high of $2.9 billion but the heavy import bill widened the trade gap to ~$5 billion. He added, “Trade & financial flows have exposed the fiscal & monetary weakness by not mitigating the effects that have clearly jeopardize[d] the economy”.

Though Exports clock all time high of $2.9bn,but higher NOV Import widened trade gap to $4.847.
Recent economic trend is very alarming. Trade & financial flows has exposed the fiscal & monetary weakness by not mitigating the effects that has clearly jeopardise the economy

The PKR reversed most of its gains against other major currencies as well and posted losses in the inter-bank currency market today.

The Rupee once again tumbled against the pervasive Euro (EUR) and posted losses of 88 paisas against the eurozone currency. 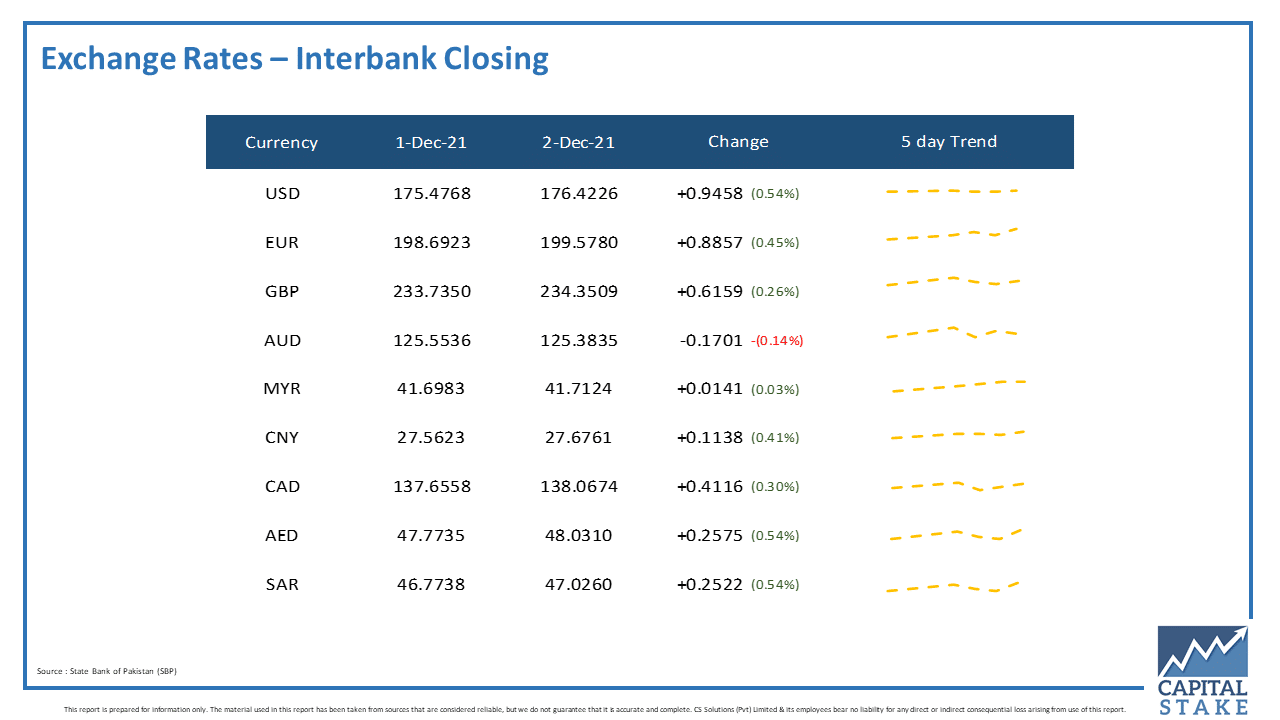