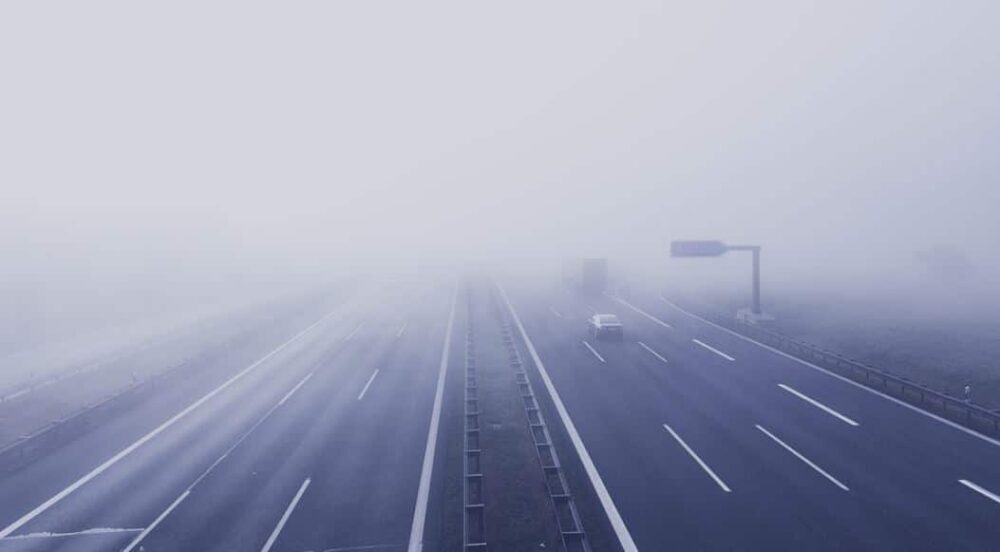 The motorway travelers are facing great difficulty on the road, which has pushed the NHMP to close certain stretches of motorway in KPK and Punjab.

As always, the winter season has brought with it a could of thick fog which is troubling long-distance travelers within Pakistan with the risk of accidents due to poor visibility.

The motorway travelers, in particular, are facing great difficulty on the road, which has pushed the National Highway and Motorway Police (NHMP) to close certain stretches of motorway in Khyber Pukhtunkhwa (KPK) and Punjab to prevent accidents.

A media report suggests that M1 from Peshawar to Swabi, M3 from Samundri to Darkhana, M4 from Abdul Hakeem to Shorkot, M5 from Sher Shah Interchange to Rukanpur, and Swat Motorway from Karnal Sher Khan Interchange to Katlang were shut down due to poor visibility and high collision risk.

These motorway sections are prone to dense fog during the early morning and evening time. Therefore, it is not advisable for the public to travel across these parts at the aforementioned times.

The Government of Punjab — due to harmful levels of smog in the area — is making efforts to curb air pollution within the region by imposing bans on smoke-emitting vehicles, as well as other activities that contribute heavily to smog. Likewise, the Sindh government is also trying to expedite the normalization of ‘zero-emissions’ vehicles to cleanse the environment.

The concerns pertaining to environmental issues are still persistent across the country, with the state government working on a unanimous policy to preserve the climate across Pakistan.