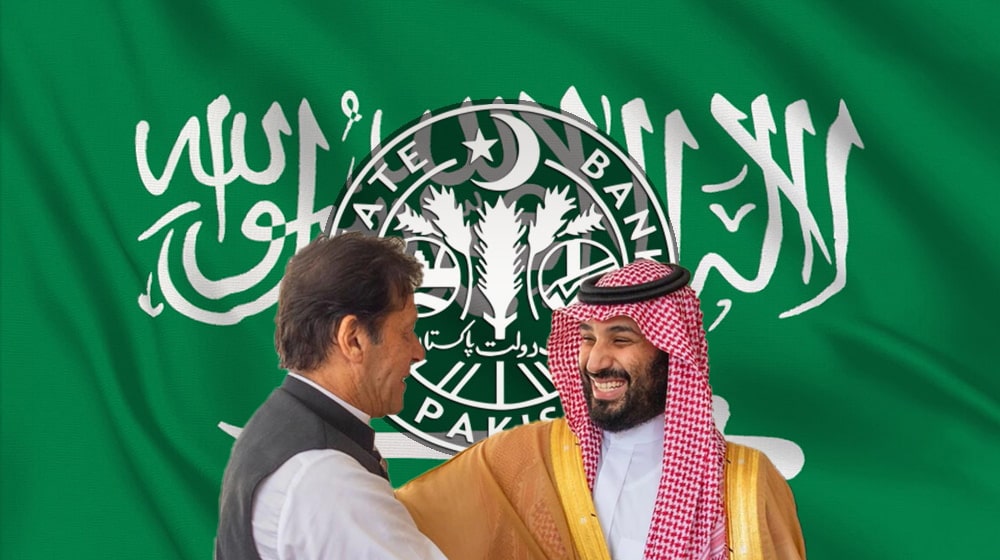 Saudi Arabia has officially deposited $3 billion in the State Bank of Pakistan (SBP) under its support package agreement which was signed between the two countries almost 2 months ago.

Advisor to the Prime Minister on Finance and Revenue Shaukat Tarin confirmed the development on Twitter that Pakistan’s central bank had officially received $3 billion from Saudi Arabia.

Good news, US$3 billion Saudi deposit received by SBP. I want to thank His Excellency Crown Prince Mohammed Bin Salman and Kingdom of Saudi Arabia for the kind gesture.

The deposit is anticipated to stabilize the local currency while also bolstering the country’s foreign exchange reserves. The rupee is projected to recover partially, according to market speculations, since the deposit will strengthen market sentiment.

Prior to the Kingdom’s release of funds to Pakistan, it is pertinent to mention that the Middle Eastern nation had agreed to deposit $3 billion in cash in SBP when PM Imran Khan visited the country in October. During deliberations, the Kingdom at that time also agreed to contribute $1.2 billion in oil on a deferred payment basis as part of the agreement.