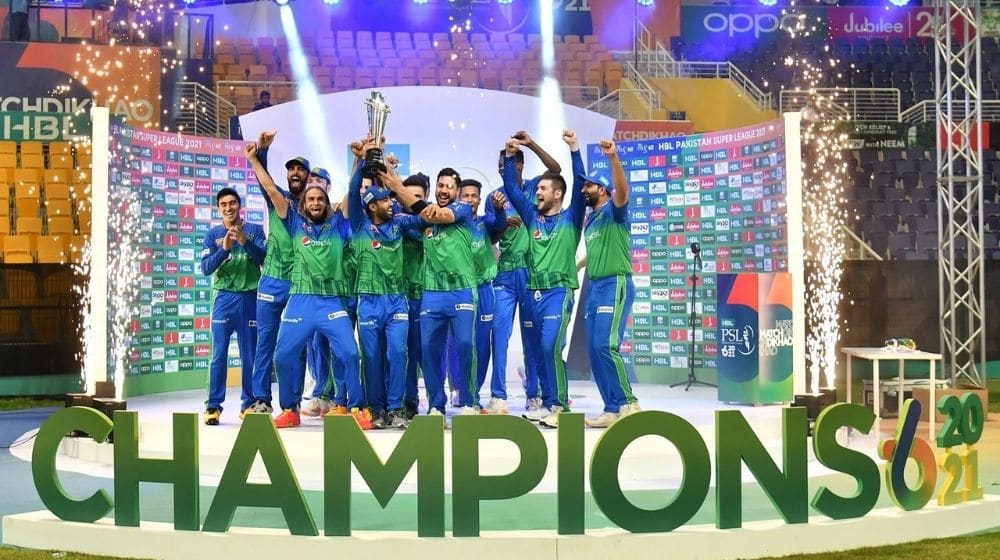 Defending champions of Pakistan Super League (PSL), Multan Sultans will kickstart the seventh edition of the league with their clash against Karachi Kings in the first match of the competition on 27 January at National Stadium Karachi.

The ‘Janoobis’ will be determined to put in similar performances as their previous campaign and become the first team in the history of the tournament to retain their title. The team led by Pakistan’s superstar wicket-keeper batter, Mohammad Rizwan, will be keen on retaining most of their squad from the previous season. Thye will also look to add some extra quality to win the tournament this time around as well.

Multan’s last match of the group stage will be against two-time champions, Islamabad United, on 20 February at Gaddafi Stadium, Lahore.

Stay tuned with the latest updates from PSL 2022 here.