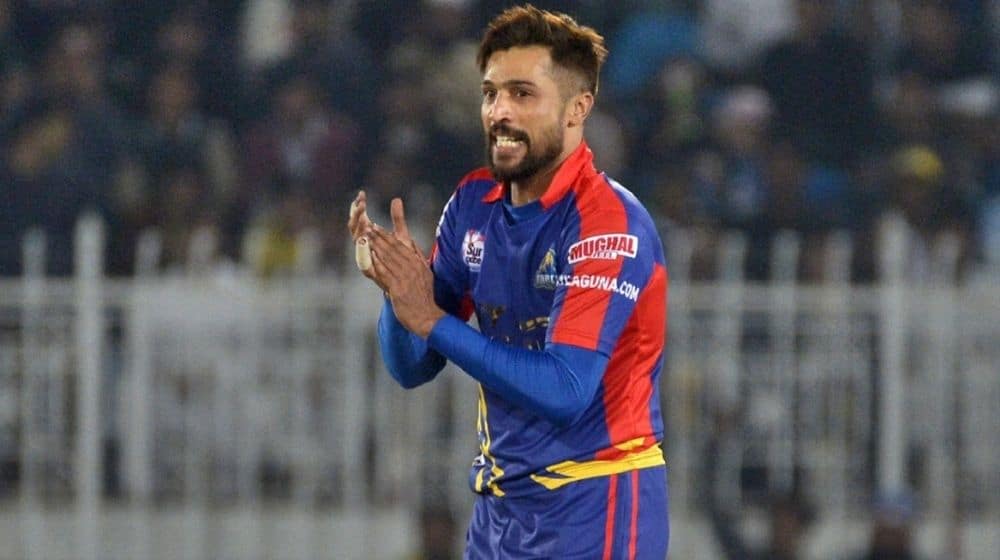 Former Pakistan pacer, Mohammad Amir, is reportedly unhappy with Pakistan Super League (PSL) franchise, Karachi Kings, and is considering leaving the team ahead of the seventh edition of the tournament. According to sources, Amir wants to leave the franchise and enter the PSL 2022 draft.

Amir is unhappy with the decision to demote him from the platinum category to diamond category despite being the leading wicket-taker for Karachi Kings. Amir has been a part of the franchise since the beginning of the PSL and has picked up 54 wickets at an average of 29.59 and an economy rate of 7.38 in 59 matches.

It is further reported that Amir requested the management of Karachi Kings to file a request to the Pakistan Cricket Board (PCB) and try to resolve the issue. The franchise has requested Amir to stay put as they revealed that the decision to change the category of the players was out of their hands and the decision was solely made by the PCB.

Responding to the rumor mill, Amir responded that he is fully committed to performing in PSL regardless of any category he is registered in.

“It’s always an honor to play in the Pakistan Super League. Whichever team, whatever the category, I will always give my 100% in every match,” Amir stated.

Amir is one of five Pakistani stars to have been demoted for the upcoming season. Veteran players, Shahid Afridi, Kamran Akmal, Shoaib Malik, and Mohammad Hafeez have all been demoted down a category for the seventh edition of PSL. Reportedly, Kamran Akmal is also unhappy with the decision to be demoted from diamond to gold category and it will be interesting to see if the respective franchises retain these players.