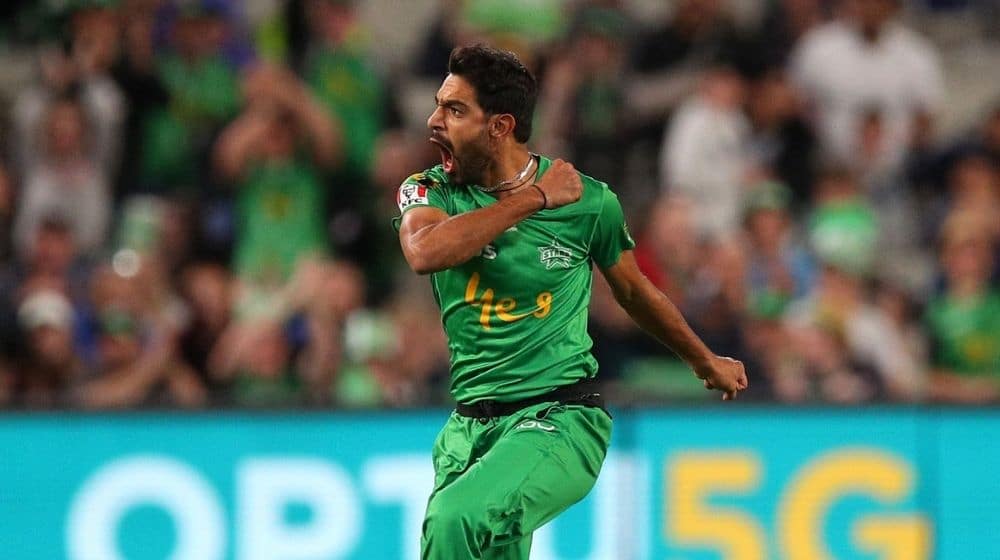 Pakistan’s ace right-arm pacer has re-signed with Big Bash League (BBL) outfit Melbourne Stars for the ongoing season. This will be Rauf’s third season in a row with Melbourne Stars. He was first signed two seasons ago and his impressive performances in the competition earned him a call-up to Pakistan’s national team.

Melbourne Stars announced Rauf’s signing on various social media platforms. The fiery pacer will join the squad after the conclusion of Pakistan’s limited-overs series against the West Indies.

Welcome back to #TeamGreen Haris Rauf 💚

The fast bowler will join the Stars after Christmas ⭐

Hussey said, “We can’t wait to see Haris Rauf back at the Stars. His addition brings experience, energy, and quality to our fast-bowling stocks. I’m sure the Stars fans will enjoy seeing him represent Team Green again in BBL 11.”

Rauf has witnessed a meteoric rise since his debut in the BBL. He was one of the top performers in the league in his debut season, picking up 20 wickets in 10 matches including a hattrick. Melbourne Stars had re-signed Rauf for the previous season as well but he was unable to take part due to international commitments. His fellow Lahore Qalandars pacer, Dilbar Hussain, was picked up as his replacement.

The 28-year old has played 32 T20Is and 8 ODIs for Pakistan ever since his debut in the BBL. He has picked up 38 wickets in T20Is and 14 wickets in ODIs. Rauf has established himself as one of the top T20 bowlers in the world and his impressive performances in the recently concluded 2021 T20 World Cup helped Pakistan qualify for their first semi-final since 2012.