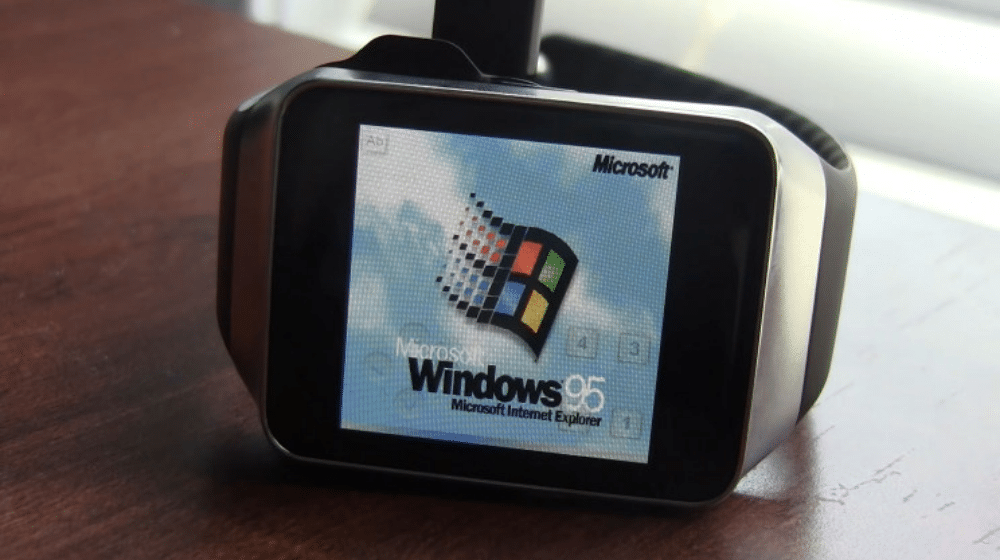 Windows 95 will always be the very first operating system for many people that changed their perception of personal computing. Back when it was launched, the OS ran on chunky desktop PCs and everyone loved the newly introduced Start Menu.

Corbin Davenport, a web developer from Georgia, in an attempt to revive the Windows 95 experience, has somehow managed to run Windows 95 on a smartwatch. His Samsung Gear Live smartwatch can run Flappy Bird as well as GTA III on the OS.

ALSO READ
Windows 11 is Getting Rid of Control Panel Soon

The interesting thing about this hack is that once Windows 95 boots up, the user can navigate it via a touchscreen. However, running any other useful applications isn’t an option.

Anytime a user tries to open any application on the newly installed Windows, a prompt shows up saying that Windows 95 does not have enough RAM. However, Davenport successfully installed this older version of Windows on his smartwatch by using DOSBox, a DOS emulator that can be found in Google Play Store.

In a similar attempt, Davenport also managed to install Grand Theft Auto III on his Samsung Gear Live smartwatch. As interesting as it may sound, realistically playing the game on such a small touchscreen isn’t easy, unless you have the tiniest hands.

He even managed to install the viral game Flappy bird onto his smartwatch the same way he installed GTA III.

You can watch more videos on his YouTube channel to see the installation of Fallout 1, Temple Run 2, Macintosh II, and other software and games on his smartwatch.