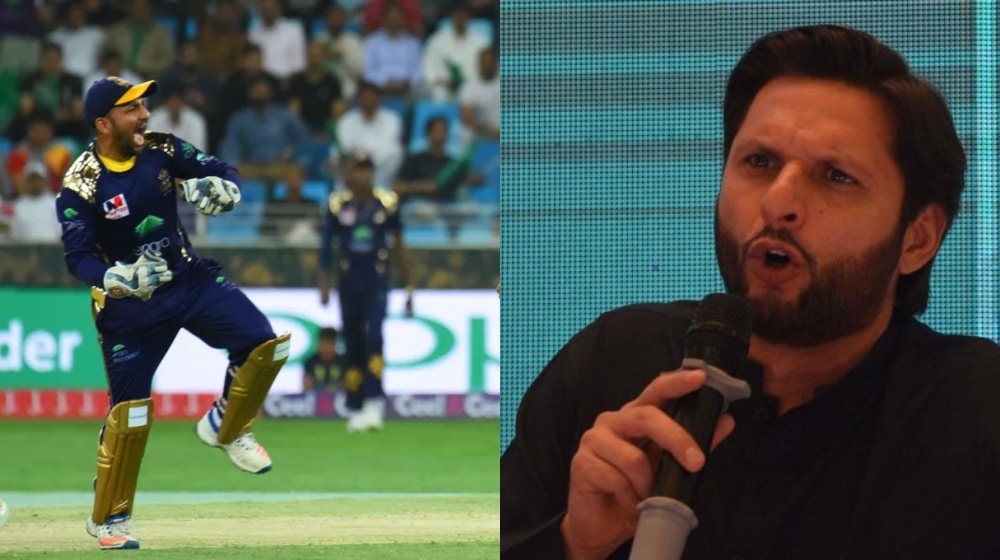 Former Pakistan cricket team captain, Sarfaraz Ahmed, is known for his aggression on the field. Veteran players do not condone his on-field antics and often criticize and term his behavior as unnecessary.

Responding to one such comment, the 34-year-old wicketkeeper batter said that he cannot help it as aggression is in his blood, adding that he takes every game seriously and likes to approach it like a fighter.

Sarfaraz Ahmed’s comments came after veteran all-rounder, Shahid Afridi, said that the former captain has a tendency to get over-emotional on the field which results in added pressure on his teammates.

The 41-year-old explosive all-rounder also praised Sarfaraz for leading Quetta Gladiators in a brilliant manner in the last six editions of the Pakistan Super League.

He is the ninth most successful bowler in the tournament’s history. In 48 innings, he has taken 44 wickets at an average of 25.61 and strike rate of 22.0, with 5 for 7 being his best bowling figures.