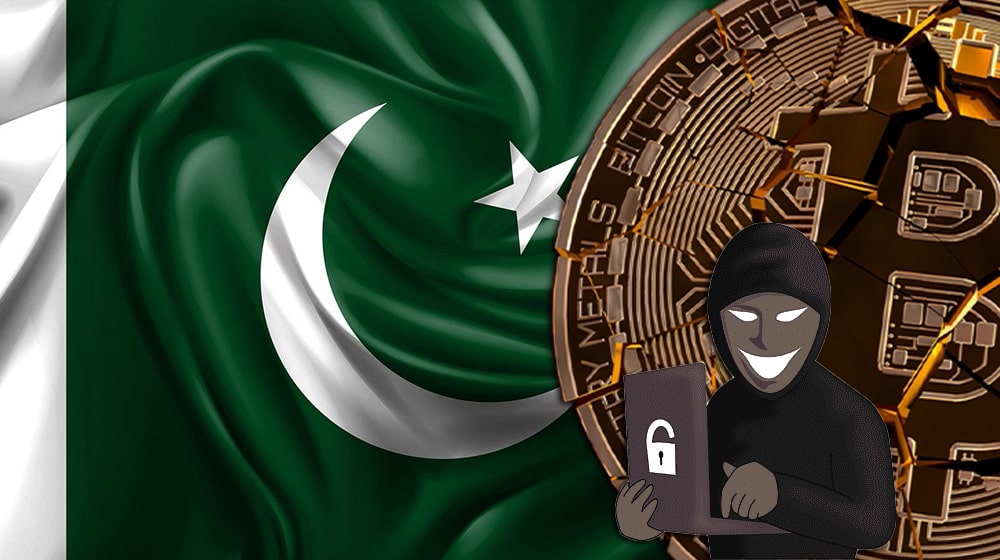 FIA Cyber Crime Sindh has issued an order of attendance to General Manager/Growth Analyst Binance Pakistan (Crypto Currency Exchange), Hamza Khan, to explain his position on the linkage of fraudulent online investment mobile applications with Binance. A relevant questionnaire has also been sent to Binance Headquarters Cayman Islands and Binance US to explain the same.

Recently, many online investment scams are going on in Pakistan on the pattern of Ponzi Schemes wherein investors are promised unrealistically high returns on their investment if they bring in more clients. These schemes benefit old clients at the cost of new clients, and the scammers ultimately disappear when they have amassed a substantial capital base worth billions of rupees.

On Monday, 20 December, people from all over Pakistan started contacting the FIA Cyber Crime Wing (Sindh) through social media and reported at least 11 mobile applications, namely MCX, HFC, HTFOX, FXCOPY, OKIMINI, BB001, AVG86C, BX66, UG, TASKTOK, 91fp. They claimed that these applications have stopped working over a period of time and have defrauded the Pakistani people of billions of rupees.

The modus operandi of these applications was to ask people for registration at Binance Crypto Exchange (Binance Holdings Limited) meant for trading in virtual currencies like Bitcoin, Ethereum, Dogecoin, etc. The next step was to transfer money from Binance Wallet to the account of that particular application.

At the same time, all the members were added in groups on the heavily encrypted instant messaging service, Telegram, where so-called expert betting signals on the rise and fall of Bitcoin were given by the anonymous owner of the application and admins of the Telegram groups. Once a considerable capital base was established, these apps crashed, thus robbing people of millions of dollars through a ‘Referral Bonus Process.’

According to the initial findings of the inquiry, each aforementioned application had an average of 5,000 customers, with HFC reportedly having a maximum of 30,000 customers.  The reported range of investments per person was from $100 to $80,000, with an estimated average of $2,000 per person, thus making the estimated scam stand at nearly $100 million.

The FIA Cyber Crime Sindh has taken necessary actions to reach the root of this scam.

Speaking to ProPakistani, Fintech entrepreneur and economist, Baqar Jafri, commented that regulators should avoid taking any premature action against Binance. While the aforenamed fraudulent apps have already left with what they came for, thousands of Pakistanis still have hundreds of millions of dollars staked through Binance alone. Therefore, any premature action by the regulator will hurt the public interest. People should be allowed to take out their money before any action is taken so that the looming danger of choked-up withdrawals through the application’s peer-to-peer network could be avoided, he said.

He went on to say,

If the regulator plans to take extensive action, then apart from Binance, other apps like OKEx, should not be spared as well. More significantly, before taking any action, a regulatory framework should be established to support the actual foundation for taking action against crypto scammers. In addition, in the event of an inquiry, investors should be given prior notice and allowed to withdraw their funds and bring them back to Pakistan through local banks, thus reducing cash outflows. After everything has been said and done, take action against all apps that cheat Pakistani investors.

It is pertinent to mention that Binance is the largest unregulated virtual currency exchange where Pakistanis have invested millions of dollars. The FIA Cyber Crime Sindh has started taking steps towards keeping a close eye on the peer-to-peer transactions performed by Pakistanis using the application to curb the menace of terror financing and money laundering as Binance is the largest easy-to-go platform facilitating such activities.

The FIA Cyber Crime expects that Binance will adopt a liberal and swift approach in helping Pakistan track all these financial crimes. In case of non-compliance, FIA Cyber Crime will be justified to recommend financial penalties on Binance through the State Bank of Pakistan.