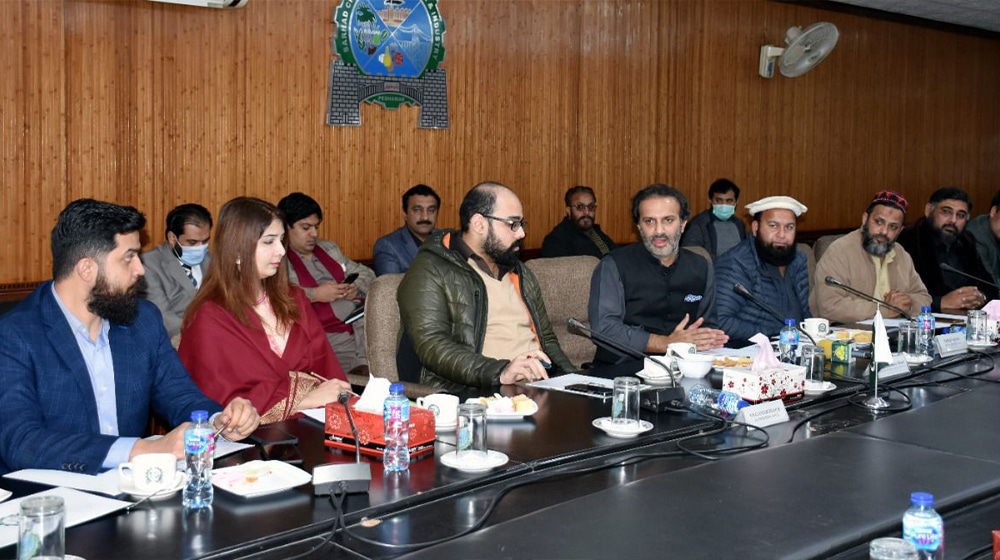 Special Assistant to Prime Minister (SAPM) on E-Commerce, Senator Aon Abbas, informed that the federal cabinet had approved the first-ever e-commerce policy framework. He remarked that e-commerce would help increase exports and strengthen the digital economy as well as become the prime source of employment for youth in the country.

He disclosed that Prime Minister Imran Khan, under his vision of promoting the digital economy, will inaugurate an e-commerce web portal in February 2022. At the occasion, he also revealed that the first-ever e-commerce virtual university will also be set up in the country, which will go live in July 2022.

Senator Aon Abbas was speaking at an awareness seminar on e-commerce organized by the Sarhad Chamber of Commerce and Industry (SCCI) in collaboration with the Ministry of Commerce and Trade Development Authority of Pakistan (TDAP) at the Chamber’s House on Wednesday.

Senator Aon Abbas said that according to rough estimates, domestic e-commerce remained at $4 billion, while Rs. 60 billion digital trade was done cross-border in the last year. Similarly, he informed that approximately $340 billion worth of e-commerce is being carried out across the country.

He apprised that currently, 1.1 to 1.2 million freelancers are working in the country, whose share in foreign remittances is about $1.5 billion.

The SAPM said the present government, under the vision of Prime Minister Imran Khan, is taking practical measures toward the promotion of e-commerce. For this purpose, he added efforts are afoot to bring improvement in the postal system, value-chain, trace and tracking as well as the banking system. He emphasized that the simple, speedy, and accredited system is essential for the promotion of e-commerce.

The premier’s aide pointed out that there are nine kinds of hurdles and impediments that were impeding the promotion of e-commerce and e-businesses. However, he said the present government is taking concrete steps to remove all those hurdles and fix problems at the earliest under a holistic mechanism. Senator Aon Abbas said e-commerce or e-businesses are being carried around $20 trillion across the world, in which $4-5 trillion was shared by the People’s Republic of China.

He said Prime Minister Imran Khan wants to introduce a system that would ensure the transportation of shipments or products by sitting at home. Pakistan stands at third in e-businesses, while India was at first and Bangladesh at second, he informed. He said the promotion of e-commerce and the digital economy is the prime target of Prime Minister Imran Khan. He said the special training programs would be conducted for youth to contribute their share in the economy through using digital methods.

ALSO READ
No Leniency Towards Profiteering and Hoarding of Fertilizers: PM

Earlier, SCCI SVP, Imran Khan, addressed the occasion and stressed the need for the promotion of e-commerce and e-businesses, saying that our youth have been blessed with abundant and matchless skills, but, unfortunately, these capabilities were not utilized properly. Therefore, he urged the Ministry of Commerce to conduct special capacity building and training to create knowledge among youth about using technology for the promotion of business and contribution of their share in the development of the national economy.

The SCCI office bearers hoped that the awareness seminar would help to enlighten the business community, especially startups businesses about using the latest methods/tools for the promotion of their businesses.